In A Changing World, India And Russia Build On Time-Tested Ties

Though Russia is compelled by circumstances to court China and India is moving into the US orbit, the two countries are in no mood to jettison a relationship that has stood the test of time. 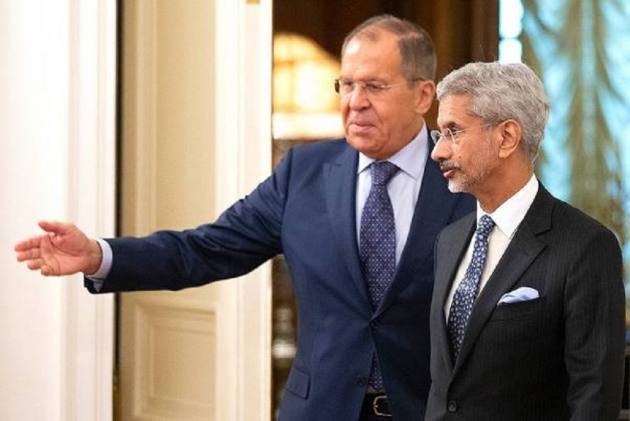 India-Russia ties may not be as close as in the past but both nations understand the value of old friendships in a changing world. Though Russia is compelled by circumstances to court China and India is moving into the US orbit, the two countries are in no mood to jettison a relationship that has stood the test of time.

In India opinion is divided over New Delhi’s growing closeness to the US, which many believe is at the expense of its traditional ties with Russia. But the government sees value in both relationships and does not believe one is at the cost of the other.  But for how long India can continue its balancing act is not certain. The reality however is that both India and Russia have much to gain by continuing their historic ties. The fact is, despite Russia’s obvious closeness to China, it does not want Beijing to dominate Asia. India and Russia can together balance out China’s hegemony in Asia. The decision to hold 2+ 2 meetings between foreign and defence ministers of both countries, much like India has with the US and Japan points to the importance of mutual ties.

Yet there are blips and most of that from the Russian side has to do with the quad. Foreign minister S Jaishankar spent some time explaining India’s views in his opening remarks at the news conference after talks with his Russian counterpart Sergey Lavrov as he did in a talk he gave yesterday to a prestigious Russian think tank.

``From my side, I shared my viewpoint on the Indo Pacific. We support co-operation which reflects the multipolar and rebalanced character of global politics,’’ the minister said. He said he had explained to foreign minister Lavrov that India is committed to the centrality and unity of the ASEAN…..’’ He went on to say that India wanted a “more active Russian presence and participation in the region as something very important.’’

Jaishankar described his conversation with Lavrov as “always very warm, comfortable, comprehensive, and productive.’’  He added that in a changing world India’s ties with Russia remained time-tested and were getting stronger. He thanked Russia for help during the second wave of the Covid-19 pandemic in India. The Russian-made Sputnik vaccine will now be manufactured in India, “We believe this is not just good for the two of us but has a positive implication for the rest of the world.”

The Taliban has cleverly taken hold of the checkpoints on the areas bordering Tajikistan and Iran, and have made huge gains across the northern province. Unlike in the past, when the northern province was under the control of Ahmad Shah Masood, the Taliban could not set foot on that province. Much of the anti-Taliban moves were made from here. The Northern Alliance was supported by Russia, Iran, and India.

This time around, both Russia and Iran are talking to the Taliban. India too is engaging. So support with arms and funds to anti-Taliban groups is no longer an option. “We believe that the immediate need of the day is really a reduction in violence and if we have to see peace within Afghanistan and around Afghanistan, it’s important for India and Russia to work together and ensure that much of the progress we have seen in economic, social, and democratic terms are maintained. We are both committed to an independent, sovereign, and united Afghanistan.’’

In his speech on Thursday at the Primakov Institute of World Economy and International Relation, Jaishankar spoke of the changing India-Russia ties in a changing world. `` To my mind, at the core of our contemporary relationship is the embrace of multi-polarity, both as a reality and as an aspiration.” Both India and Russia believe in a multi-polar world which is not dominated by one single super power.  And he went on to say: “We are looking at a world where each pole has its own needs, but its pursuit is to be moderated not by the balance of power, but by balance of interests. This is not just a preference but a compulsion in a world that is more interdependent. Balance of interests may be individually defined; but it is the task of diplomacy to ensure that it is collectively realized,’’ Jaishankar explained. Whether his hosts were convinced with the Indian explanation remains to be seen.