In Another Case Of Animal Abuse, Man Ties Dog To His Car, Mercilessly Drags It Around City

The horrific footage shows the animal tied to the back of a car. 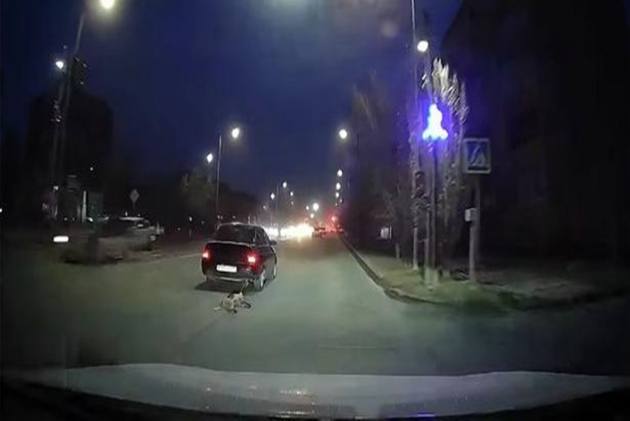 In another gut-wrenching case of animal cruelty, a driver in Kazakhstan mercilessly tied a dog to his car and dragged it around the city.

The horrific footage shows the animal tied to the back of a car. The dash camera video shows the trail of blood on the street as the animal was dragged along the ground.

The video clearly shows that the helpless dog was not able to keep up with the speed and appears to be lying on the ground.

A motorist who witnessed the cruel act started to honk at the driver and forced him to stop the car.

East2West quoted an animal rights campaigner who eventually rescued the injured dog as saying, "The man got out of the car and was asked: "Why are you doing this?"

He added, “He just took the dog, and threw it into his boot then drove off. The whole road was covered in blood."

The dog was immediately taken to a clinic. The wounded animal was given painkillers, and the wounds were carefully treated."

The unnamed driver has been detained and is being questioned.