In Debate, A Last Chance For Donald Trump To Define Opponent Joe Biden

Though Donald Trump may still be the most visible and visceral force in the White House contest, he has repeatedly struggled to control the contours of the campaign against Democrat Joe Biden. 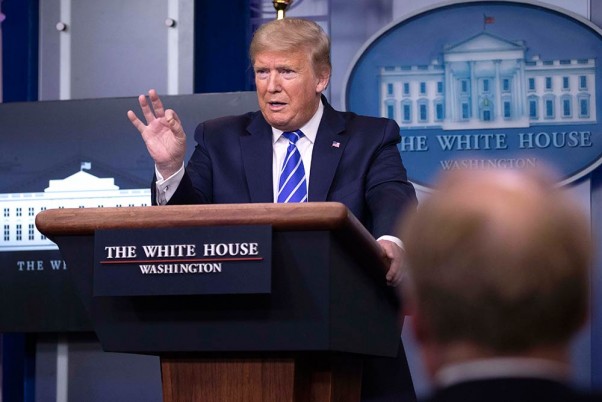 As a presidential candidate in 2016, Donald Trump seized control of the White House race and never let go.

He masterfully defined and denigrated his opponents with cutting nicknames and a say-anything debate style, and repeatedly drew his rivals into the controversies he created.

That's proven far more difficult for Trump in the 2020 race.

Though he may still be the most visible and visceral force in the White House contest, he has repeatedly struggled to control the contours of the campaign against Democrat Joe Biden.

The president's attacks on Biden have been scattershot and inconsistent, frustrating some Republicans who believe he has squandered repeated opportunities to define his rival.

His efforts to move past the coronavirus pandemic and onto issues he views as more favourable for his re-election prospects, including law enforcement and the economy, have failed to convince many voters that the public health crisis is any less of a concern or that his leadership during the pandemic has been effective.

Even Trump's rollout of Judge Amy Coney Barrett as his Supreme Court nominee on Saturday, a pick aimed at energizing conservative voters, was overshadowed the very next day by bombshell revelations in The New York Times about his personal finances.

Tuesday's first presidential debate between Trump and Biden offers the president one of his last opportunities to reshape the race and colour voters' impressions of the former vice president.

But with just five weeks until Election Day, voting already underway in some battleground states, and partisan views among many voters deeply entrenched, some Republicans say Trump may have effectively run out of time.

Few leaders in either party are ready to truly count Trump out, particularly given that polls broke late for him in his 2016 contest against Hillary Clinton.

And in the lead-up to Tuesday night's debate, Trump has previewed a broad attack on Biden's record, his character and his mental acuity.

But his messaging has inherent inconsistencies.

Sometimes Trump paints Biden as a far-left candidate; at other times he argues that while Biden is more moderate, he would be controlled by his party's most liberal factions.

Trump has aggressively argued that his 77-year-old rival has lost a step and isn't up for the job; yet in talking points Trump's campaign sent Republicans on Monday, they warned that Biden's abilities in the debate should not be underestimated.

Some of the president's supporters say they remain confident Trump has both the time and the political skill to overtake Biden in this final stretch.

“President Trump has plenty of ready-made ammunition he has been using effectively on the campaign trail,” said Ed Brookover, a Republican strategist who advised Trump's 2016 campaign before being ousted during the general election.

“They will resonate as people learn more about Vice President Biden.”

But privately many Republicans are perplexed that Trump, who skillfully identified and preyed on his rivals' weaknesses in 2016, seems to still be grasping for the most effective ways to define Biden at this late stage of the campaign.