In Kabul, Terrified Afghans Wait For The Call To Safety

As the Taliban swept into Kabul, Germany scrambled to evacuate its citizens. But Afghans who had long worked for its forces had to wait for a call to safety, then brave the dangerous route to the airport. 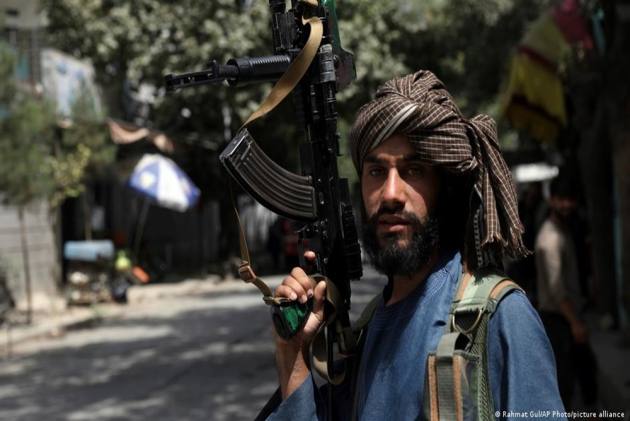 In a crowded Kabul cellar earlier this week, seven men acted out a desperate, terrifying scenario: One of them pretended to be a Taliban militant, the others had to convince them that they were students — not men who had spent years working for the German army.

They had to be perfect: "We're trying to save ourselves," he said.

I’ve Heard Taliban Militants Chopped Off Hands Of 15 People For A Petty Crime: A 16-Year-Old In Kabul

For like countless others, the men were terrified of the Taliban forces that had swept across Afghanistan and captured the capital, Kabul.

As the militant group advanced, countless men, women and their families went into hiding, fearing for their lives: among them, interpreters, cooks and drivers who had served foreign governments and international aid organizations.

One of the men who had practiced lying to the Taliban told DW that the militants could come knocking on his door: "I think they are looking for me." He had fled to Kabul during the group's offensive.

He told his family and friends to destroy any photos and documents that might link them to him.

As Kabul fell to the Taliban over the weekend, foreign governments scrambled to evacuate their nationals. Thousands of Afghan people who had worked for international forces and aid organizations, however, remain trapped in Kabul, unable to reach the airport.

Across the capital, they were waiting for a phone call to safety after the US took control of the international airport, allowing more evacuation flights to arrive.

But the first German flight evacuated only seven people due to "the chaotic circumstances at the airport," according to officials in Berlin.

Later on Tuesday, a second aircraft carried 125 people to Uzbekistan, followed by a third shortly after. Officials announced that more would follow, with the German air force planning an air bridge out of Afghanistan.

Yet on the ground, information remained sparse.

DW reached one man who had spent 20 years working for the German military. He was hiding out in a cellar with his family. While he was on a list compiled by the German Foreign Ministry of those it would evacuate, he was still waiting for his summons to make his way to the airport.

"They told us they will call us tomorrow, or the day after, but we have to make our own way to the airport."

That thought filled him with dread. He did not know, he said, whether his family would make it. He was still deliberating whether to take a taxi or ask a trusted friend to take him and his family there.

But it remains unclear if they could reach safety.

Many, though, have not made it on the list at all, despite working for the German government.

German authorities have been criticized for their overly bureaucratic handling of visa applications. Applicants, DW was told by Afghans, had to make the often dangerous trip to Kabul to apply, as an office that was promised to handle cases in Mazar-el-Sharif was never opened due to security concerns, according to officials.

The visa section of the German embassy in Kabul has been closed since 2017, when it was the target of a bomb attack. The offices handling the applications of those who had worked for the government would have been operated by the International Organization for Migration (IOM).

Only those directly employed by the army or government were seemingly entitled to a visa, while those who worked for subcontractors were not.

German Foreign Minister Heiko Maas admitted on Tuesday that the government, the intelligence services and the international community had "failed to accurately assess the situation" and had underestimated the speed of the Taliban's advances.

None of the men in the cellar made it onto the German evacuation list.

One of the men had repeatedly tried to contact the German army, they told DW, only to reach an answering machine. "No one emailed us, no one contacted us," he said.

He provided DW with the number he had unsuccessfully tried to call. On Wednesday, DW reached a woman who tersely told the reporter to get off the phone: "We don't have time for this," she said.

The man showed DW copies of letters of recommendation he had received, including a stamped and signed "certificate of appreciation" for his outstanding services at a field office of the German defense administration.

And yet, he said, his voice level, he had never received a response. "We were working like friends; when they needed our help, we helped them."

Instead, he said, Afghans had been told to wait — and that they could not apply for a visa from a third country. "They delayed and delayed; we lost months," he said. "We could have done something, gone somewhere."

The man in the cellar felt abandoned, he said, angry. As he spoke to DW, he was agonizing whether to destroy his documents proving he had worked for the German army, lest the Taliban find them — but scared that he might not be able to prove who he was to the Germans.

While a Taliban spokesman said that the group would not seek revenge, this assertion contradicted reports that the militants were seeking out the houses of those known to have worked with foreign governments and aid organizations — including the houses of three of DW's local staff.

No one DW spoke to believed the Taliban's assurances. "They say that and the next day, they do the opposite," said the man, who had spent 20 years working for the German army. A devout Muslim, according to those who have worked with him, he prays five times a day — yet was dreading life under the Taliban.

Behind the scenes, high-ranking German diplomats are negotiating safe passage to the airport for their local staff.

He was harrowed by the ordeal, his children terrified that the Taliban would kill their father

"I didn't do anything wrong," he told DW from his hiding place. "I only wanted to feed my family. I didn't harm anyone.

He was, he added, "so very scared," as he and his family continued to wait for the phone call to safety.