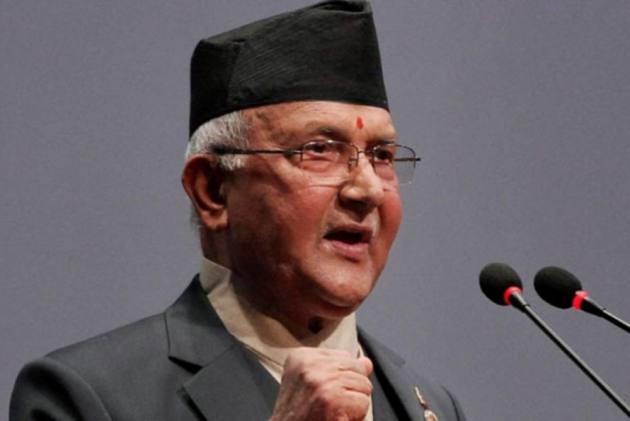 Hours after the whole world celebrated the International Yoga Day, Nepal Prime Minister KP Sharma Oli has sparked yet another controversy by claiming that yoga originated not in India but Nepal.

While addressing public on International Yoga Day, he said, “Much before the existence of India as a nation, yoga was and has been practiced in Nepal. Yoga did not originate in India. When yoga was discovered, India was not constituted. There was no country like India because there were several fringe states when yoga came into practice in Nepal. So, yoga originated in Nepal or around Uttarakhand...”

“We never gave credit to our sages who discovered yoga...we always talked about this or that professors and their contributions. We could not put our claim rightly. We could not take it across the globe. Indian Prime Minister (Narendra) Modi made it famous by proposing to celebrate International Yoga Day on the longest day of the year in the northern hemisphere. Then it got international recognition,” Oli added.

In Pics: In Pics: People Across The Globe Warm Up To Commemorate International Yoga Day

How Yoga Helps In Keeping Covid And Its Negative Impacts At Bay?

This is not the first time that Oli has made such a claim. Earlier, he stirred up a controversy by saying that Lord Rama was born in Madi area, or Ayodhyapuri, in Nepal's Chitwan district, and not in India's Ayodhya. He had also ordered the construction of massive temples of Lord Rama, Sita, Lakshmana and others there.

The Nepal PM added that the Himalayan country is the land of famous sages and Maharishis such as Patanjali, Kapilmuni, and Charaka, among others.

“Several other sages were born in Nepal, studied and researched Ayurveda for centuries. The study of Himalayan herbs cannot be carried out from Banaras (Varansi),” he said, adding that after the research of various herbs was conducted in Nepal, those were later taken to Varanasi.

“Famous sages like Vishwamitra were born in Nepal, they developed several Mantras in our land," said Oli, adding that this was the same sage Vishawmitra, who offered various kinds of education to Lord Rama and Laxman in Nepal in ancient times. All these historic and religious facts were distorted in the history but need to be corrected...we have to rewrite the new history. We should not hesitate to speak the truth because we know the facts, and history. No one can divert or distort history and civilisation,” he emphasised.