The government of India is gifting 2000 MT of rice to strengthen food security in Syria, stated MEA 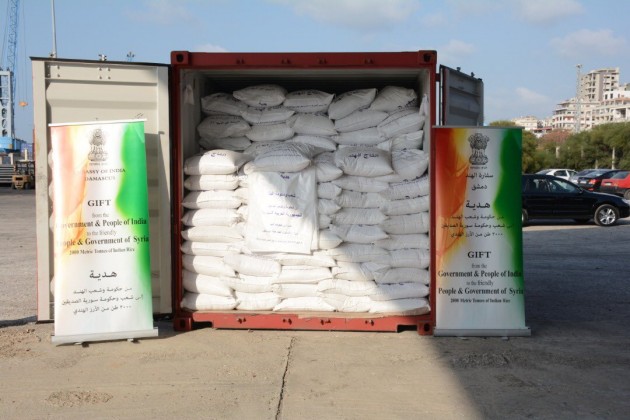 The Ministry of External Affairs said, India is gifting 2,000 metric tonnes of rice to Syria after receiving a request from the Arab republic

"In response to a request from the government of the Syrian Arab Republic for emergency humanitarian assistance, the government of India is gifting 2000 MT of rice to strengthen food security in Syria," the MEA said.

The first consignment of 1,000 metric tonnes of rice was handed over by Indian ambassador to Syria Hifzur Rahman to Syrian Minister of Local Administration Hussain Makhlouf at Latakia Port on Thursday, the MEA said in a statement.

The MEA said the remaining 1000 metric tonnes of rice is expected to reach Syria on February 18.

It said India has always stood in solidarity with the people of Syria, and its bilateral engagement has continued apace even during the years of internal conflict in that country.

India had earlier gifted 10 metric tonnes of medicines to Syria in July last year as part of COVID-19 assistance, the MEA said.