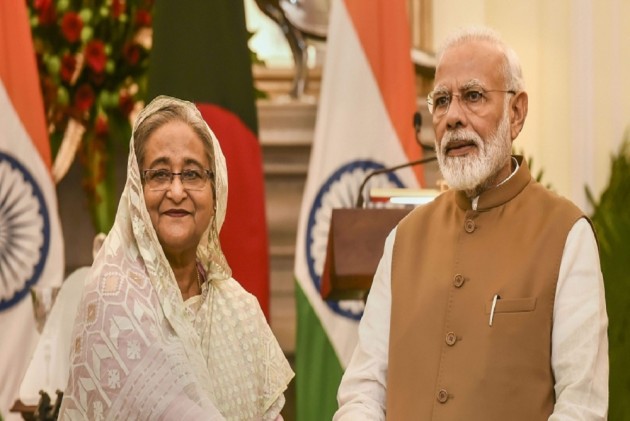 Prime Minister Sheikh Hasina on Thursday said that India is Bangladesh’s true friend as she expressed her gratitude to the country and the Indian Army for their support during the 1971 Liberation War.

Addressing a virtual summit with his Indian counterpart Narendra Modi, Hasina said that she is happy to meet him again, “particularly on this month of victory”.

“December evokes in all Bangladeshis the spirit of joy, freedom and celebration as we recall with deep gratitude our ‘Father of the Nation’ Bangabandhu Sheikh Mujibur Rahman. Under whose dynamic leadership we earned our great independence,” she said.

“India is our true friend,” the Bangladesh Prime Minister said.

“I pay deep homage to the three million martyrs who laid down their lives. I pay tribute to the members of the Indian armed forces martyred in the war and to their families. I pay my gratitude to the government and the people of India who extended their wholehearted support for the cause of our nation,” she said.

The war in 1971 broke after the sudden crackdown at midnight past on March 25, 1971, in the erstwhile East Pakistan by the Pakistani troops and ended on December 16. The same year Pakistan conceded defeat and unconditionally surrendered in Dhaka to the allied forces comprising the freedom fighters and the Indian soldiers.

Officially three million people were killed during the nine-month-long war.

Modi and Hasina jointly inaugurated a digital exhibition on Mujibur Rahman and Mahatma Gandhi in an effort to celebrate the life and legacies of the iconic leaders.

Hasina and Modi also relaunched a trans-border rail route between Chilahati and West Bengal's Haldibari which has been inoperative for almost 55 years.

The ties between India and Bangladesh have witnessed a significant upswing in the last few years. Both sides have scaled up trade and economic engagement besides implementing a number of connectivity and infrastructure projects.