The statement comes after India purchased the S-400 missile defence system from Russia despite a warning from the Donald Trump-administration that going ahead with the contract may invite US sanctions. 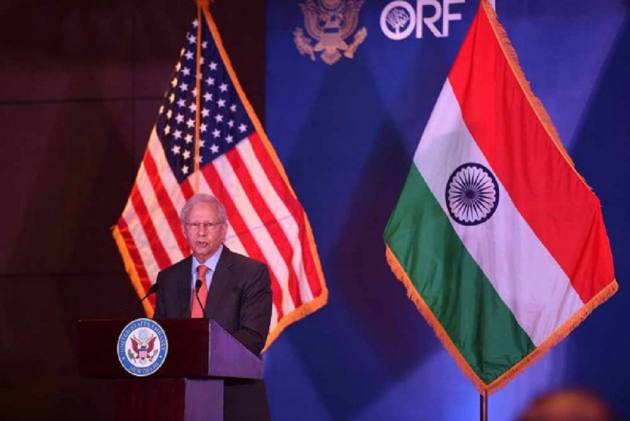 US sanctions under CAATSA legislation were never designed to harm "friends and allies", outgoing American envoy Kenneth Juster said on Tuesday in the backdrop of apprehension of possible US sanctions on India over its purchase of S-400 missile defence system from Russia.

At the same time, Juster noted that India will have to make certain "choices" on its overall approach on the acquisition of military hardware.

The US has imposed sanctions on Turkey under the Countering America's Adversaries Through Sanctions Act (CAATSA) for purchase of the S-400 missile defence system from Russia.

In October 2018, India had signed a USD 5 billion deal with Russia to buy five units of the S-400 air defence missile system, despite a warning from the Donald Trump administration that going ahead with the contract may invite US sanctions.

Following US sanctions on Turkey, there have been apprehensions that Washington may impose similar punitive measures on India.

"The CAATSA sanctions were never designed to harm friends and allies. They were aimed at a particular country. And there are many variables involved in it," Juster said when asked about the possibility of the US imposing sanctions on India under CAATSA.

He was answering questions after delivering a farewell address at an event organised by the Observer Research Foundation.

Juster said the Indian government will have to make choices in its procurement process as interoperability and technology sharing will be key issues in the overall military eco-system.

"As systems get more technologically advanced, country A that does not get along with country B will be less willing to sell technology that could potentially be compromised to country B," he said without making specific references.

He said there has been growing concern about interoperability of weapons systems, suggesting that New Delhi should keep in mind sensitivities of military suppliers.

Juster said the US recognises that India desires to produce more of its military equipment within the country, noting that the US looks forward to its growing partnership in this effort.

"In this security environment, it is worth considering how effectively one piece of equipment will integrate into a broader system and strategy, and whether a particular purchase today will pave the way for -- or preclude -- future acquisitions of more sophisticated technology," he said.

"While we appreciate that India has its own historical and geographical perspective, in today's strategic landscape it may not be optimal to source equipment across a range of suppliers from different countries," he added.