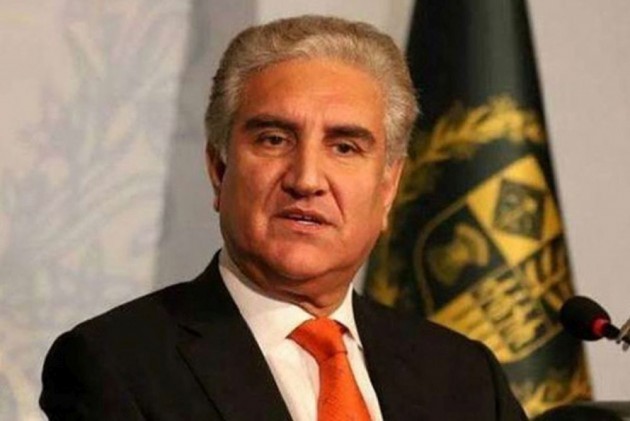 Amid tensions between the two nuclear-armed neighbours following the February 14 Pulwama terror attack, Pakistan Foreign Minister Shah Mahmood Qureshi on Sunday said that Pakistan has "reliable intelligence" that India is planning to attack again between April 16 and 20.

Tensions flared up between India and Pakistan after a suicide bomber of Pakistan-based Jaish-e-Muhammed (JeM) killed 40 CRPF personnel in Kashmir's Pulwama district in February.

Amid mounting outrage, the Indian Air Force (IAF) carried out a counter-terror operation, hitting the biggest JeM training camp in Balakot, deep inside Pakistan on February 26.

US Says All F-16 Jets Of Pakistan Accounted For, None Missing: Report

The next day, Pakistan Air Force retaliated and downed a MiG-21 in aerial combat and captured an IAF pilot, who was handed over to India on March 1.

Addressing a press conference in his home town of Multan, Qureshi said the government had "reliable intelligence that India is devising a new plan".

"A new mishap could be staged...And its purpose will be to justify their [India's] offensive against Pakistan and to increase diplomatic pressure against Islamabad," he alleged.

"If it happens, you can imagine the impact of the occurrence on the peace and stability of the region. According to our information, the action could be taken between 16-20 April," Qureshi said, adding that preparations were being made for the attack against Pakistan.

"We want the international community to take notice of this irresponsible behaviour and reprimand them [India] for taking this route," he said.

He said the Indian action would have impact on peace and stability of the region.

However, Qureshi's remarks were not taken seriously by the Opposition. The Pakistan People Party (PPP) accused the government of using war threat by India to hide its failures.

"The government has failed to deliver and now using the threat of war by India to distract public attention from issues faced by the people," PPP leader Nafeesa Shah said.