India has expressed solidarity with the African nations affected by Omicron and said it is ready to step in with aid. 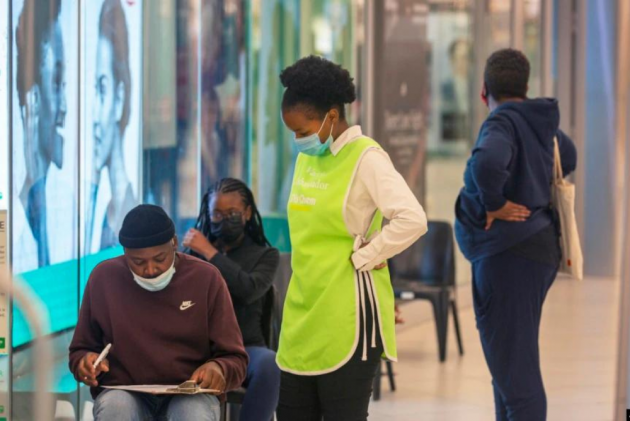 India reached out late Monday to African countries facing the challenge of the Omicron variant of Covid-19, the latest in the series which some experts termed as more deadly than all the other varieties. It is suspected to spread with lightning speed and is reported by some to be immune to the various vaccines available till now. But so far there is no definitive proof of any of these claims. But, the news of the Omicron variant, first reported in southern African nations --- Botswana, Eswatini, Lesotho, South Africa, Malawi, Mozambique, Namibia, and Zimbabwe -- has spread nervousness across the world, with several countries banning flights from these eight nations.

India, however, has expressed solidarity with the affected African nations and said it was ready to step in with aid. Test kits, life-saving drugs, PPE kits, and medical equipment such as ventilators are on offer. New Delhi is also willing to provide made-in-India vaccines either through the UN’s COVAX system or bilaterally to any of the African nations affected by Omicron. At the same time, the MEA said that Indian institutions could cooperate in "genome surveillance and virus characterisation related research work with their African counterparts."

India has, so far, supplied more than 25 million doses of Made-in-India vaccines to 41 countries in Africa, including nearly 1 million doses as grant to 16 countries and more than 16 million doses through COVAX facility to 33 countries. India has recently started the export of the vaccine which was temporarily stopped when it faced a deadly second wave of the pandemic.

The WHO has said that the Covid-19 was spreading in 14 African countries. Experts say that Africa should now prepare for the third wave of the pandemic. The alarming news is that Africa has so far received just 50 million doses of vaccine of this just 31 million jabs had been administered. The WHO further said that the shipment of vaccines has now come to a near halt to the region. In these circumstances, India’s offer to send supply vaccines to Africa is a welcome move.

India has long maintained excellent relations with several countries in Africa. In fact, in recent years India and China were both vying with each other to enlarge their footprints in the African continent. Though India has been in the picture in Africa since independence and was part of the anti-colonial struggle there, China with its big bucks and chequebook diplomacy was able to overtake India. However while China built roads and ports and highways and extracted minerals of African nations, India concentrated on development aid and building institutions. While China’s funds were always welcomed many thinking African’s regarded it as exploiters much like European powers in the past centuries. India to these sections is regarded as a much more benign influence that helped to develop Africa’s innate potential. This evening’s announcement is likely to be appreciated by many African nations and expand India’s goodwill across the continent.