The visit assumes significance due to the tense military face-off in the Ladakh sector, where the armies of the two Asian giants have been locking horns for well over three months. 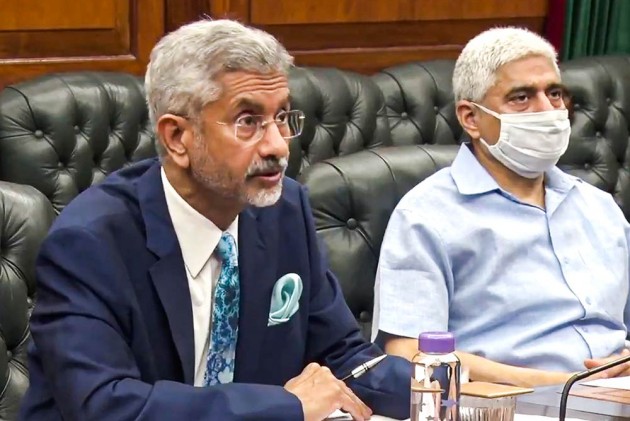 India’s external affairs minister S.Jaishankar will attend the Shanghai Cooperation Organisation’s meeting of foreign ministers in Moscow. The meeting is scheduled for the 9-10 Sept. China’s Minsiter of foriegn affairs , Wang Yi will also be there. There is no word yet of a meeting between the two but it is likely to take place.

The visit assumes significance due to the tense military face-off in the Ladakh sector, where the armies of the two Asian giants have been locking horns for well over three months. Neither side is ready to blink, but have reinforced their positions by deployment more troops and tanks. The situation is on the brink. What is more the Chinese have fired a fresh salvo by the latest accusations against India.

'The Indian troops brazenly made gunshot threat to the patrolling Chinese border guards who came forward for negotiations, and the Chinese were forced to take counter-measurers to stabislize the situation'. Colonel Zhang Shuili, spokesman for the PLAs, Western Theatre Command of the PLA, said in a statement, sent out by the Chinese embassy . He termed it as a 'grave provocation'.

India has denied the charges and instead pointed a finger at the PLA troopers: 'In the instant case on September 7, it was the PLA troops who were attempting to close-in with one of our forward positions along the LAC and when dissuaded by Indian troops, PLA soldiers fired a few rounds in the air', Indian Army said.

There have been no shots fired along the 3,488-kilometer border perhaps since 1962. Though 20 Indian soldiers were killed in Galwan, it was not through gunfire but a savage scuffle with deadly nailed axes and iron rods. The Chinese have not disclosed their casualties.

India is also now initiating its Tibet card, an issue highly sensitive for China. Ram Madhav,  general secretary of the ruling BJP, attended the funeral service of Nyima Tenzin, an Indian -Tibetan soldier of the Special Frontier Force, who died near the south bank of the Pangong Tso. As a rule, India has avoided all high-level official contacts with the Dalai Lama’s followers in deference to the one-China policy. The spiritual leader of Tibetans, the Dalai Lama fled Tibet and sought asylum in India in 1959. He and his followers settled in Dharamshala, the headquarters of the Tibetan government in exile.

India regards him as a religious leader and does not allow any anti-Chinese activity by the Tibetan refugees. China fears and hates the Dalai Lama because he is revered by Tibetans in his homeland. The Dalai Lama is regarded as both a religious and political leader in Tibet and worshipped by the young and old. India has so far refrained from playing the Tibet card. But with Ram Madav attending the funeral of a Tibetan soldier, India is sending out a subtle message to China. Beijing regards the Dalai Lama as a 'splitist 'and a 'traitor' for refusing to accept Tibet as 'an inseparable part of China'. China wants Dalai Lama to dismantle the Tibetan government-in-exile in Dharmsala, and stop engaging in activities to split the motherland.

The Dalai Lama has followers across the world with Hollywood celebrities like actor Richard Gere setting the trend. Western governments receive the Dalai Lama whenever they wish to annoy China. However, President Donald Trump has never done so. His rival Joe Biden accused Trump last week of being soft on China. He said if he wins the November elections, his government would sanction China for human rights abuse in Tibet.

India has signaled that it could activate its Tibet card, but will wait and watch what the talks between Jaishankar and Wang Yi yield. If the conversation is in the lines of September 5 meeting between defence minister Rajnath Singh and his counterpart General Wei Fenghe, in Moscow, no breakthrough is likely.

The conversation between Jaishankar and Wang will give an indication of what the Chinese have in mind. The Indian minister has already hinted at the Express Ada that the situation is serious enough for ``deep conversations at the political level.”’ Is he hinting at a Prime Minister Narendra Modi – President Xi Jinping summit?