As officials from India and US engaged in a joint dialogue on counterterrorism, both the sides called for Taliban ensuring that Afghanistan does not become a safe haven for terrorists. 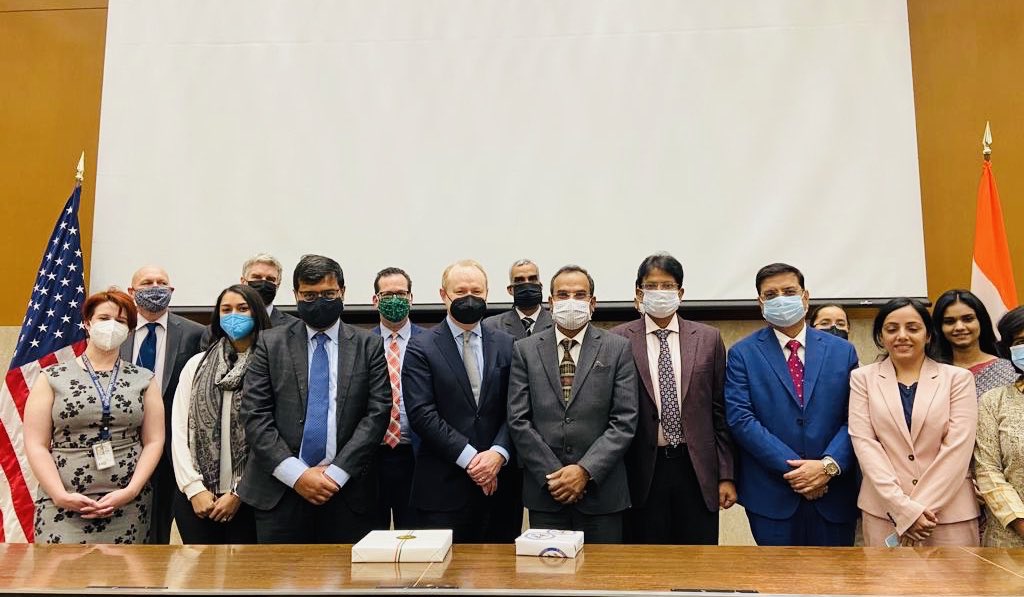 India and the United States have called on the Taliban to ensure that Afghanistan is not used as a terrorist safe haven, as officials of the two countries concluded their joint dialogue on counterterrorism.

During the two-day meeting here on October 26 and 27, the US reiterated its commitment to stand together with the people and the government of India in the fight against terrorism.

US Ignored Pak Role In Helping Taliban, How Will India Trust Us With Confronting China?: Rep Senator

Taliban Using Biometric System To Identify Army, Police Personnel Who Fought Against Them

Both sides strongly condemned any use of terrorist proxies and cross-border terrorism in all its forms, and called for the perpetrators of the 26/11 Mumbai attack to be brought to justice.

They also called for concerted action against all terror groups, including those proscribed by the United Nations Security Council such as al-Qaida, ISIS/Daesh, Lashkar-e-Taiba (LeT), and Jaish-e-Mohammad (JeM), the joint statement said.

"In line with UNSC Resolution 2593 (2021), both sides called on the Taliban to ensure Afghan territory is never again used to threaten or attack any country, shelter or train terrorists, or plan or finance terrorist attacks," it said.

Both sides committed to continuing close consultations on developments in Afghanistan and potential terrorist threats emanating from there. They also exchanged views on countering narco-terror networks and trans-national illegal weapons smuggling networks.

Consistent with UNSC Resolution 2396 (2017), officials from the two countries discussed ways to prevent the ability of international terrorists to travel. They also jointly decided to further expand terrorist threat information sharing and exchanged information about priorities and procedures for designating terrorist groups and individuals.

According to the statement, the officials shared best practices on countering terror financing and use of the internet for terrorist purposes and decided to continue counter-terrorism cooperation in multilateral fora.

Both sides emphasized the importance of upholding international standards on anti-money laundering and combating financing of terrorism by all countries.

They discussed mutual legal and extradition assistance and opportunities for bilateral law enforcement training, including at the Central Academy for Police Training in Hyderabad, India. They applauded the ongoing Anti-Terrorism Assistance (ATA) training, according to the joint statement.