This will be the first spaceflight for Chari, who became a NASA astronaut in 2017. 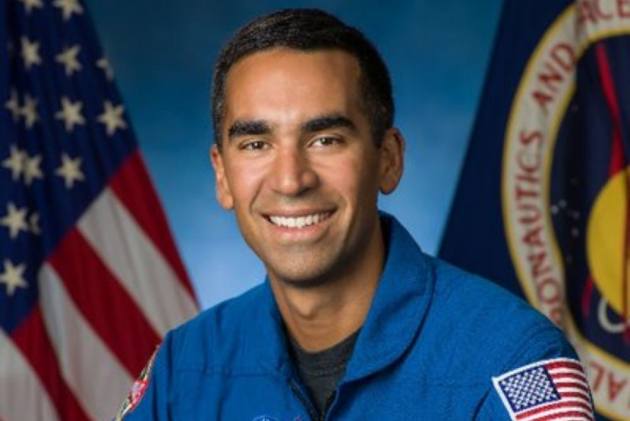 Indian-American US Air Force Colonel Raja Chari has been selected as the Commander of the SpaceX Crew-3 mission to the International Space Station (ISS) by NASA and the European Space Agency.

Chari, 43, will serve as the commander while NASA's Tom Marshburn will be pilot and ESA's Matthias Maurer will serve as a mission specialist for the SpaceX Crew-3 mission to the ISS, which is expected to launch next year.

A fourth crew member will be added at a later date, following a review by NASA and its international partners, NASA said in a statement on Monday.

"Excited and honored to be training with @astro_matthias and @AstroMarshburn in prep for a trip to the @Space_Station," Chari said in a tweet on Monday.

Excited and honored to be training with @astro_matthias and @AstroMarshburn in prep for a trip to the @Space_Station https://t.co/cHnWTmDAG9

"Proud to be working and training with Matthias Maurer and Thomas Henry Marshburn in preparation for a mission to the International Space Station aboard the SpaceX Crew Dragon," he posted on his Facebook page.

This will be the first spaceflight for Chari, who became a NASA astronaut in 2017. He was born in Milwaukee, but considers Cedar Falls, Iowa, his hometown, NASA said.

He is a colonel in the US Air Force and joins the mission with extensive experience as a test pilot. He has accumulated more than 2,500 hours of flight time in his career. Chari was selected earlier this month as a member of the Artemis Team and is now eligible for assignment to a future lunar mission, it said in a statement.

Chari's father Srinivas Chari came to the US at a young age from Hyderabad for an engineering degree.

"It's official... next stop: International @Space_Station! In late 2021, I’ll fly to humankind’s orbital outpost for the first time, continuing our quest to discover more in space for #Earth. Get ready for #cosmickiss – a declaration of love for space," Maurer tweeted.

Maurer comes from Sankt Wendel, in the German state of Saarland. Like Chari, Maurer will be making his first trip to space with the Crew-3 mission. Before becoming an astronaut, Maurer held a number of engineering and research roles, both in a university setting and at European Space Agency (ESA).

Marshburn is a Statesville, North Carolina, native who became an astronaut in 2004. Prior to serving in the astronaut corps, the medical doctor served as a flight surgeon at NASA’s Johnson Space Center in Houston and later became medical operations lead for the International Space Station. The Crew-3 mission will be his third visit to the space station and his second long-duration mission.

When Chari, Marshburn, and Maurer arrive at the orbiting laboratory, they will become expedition crew members for the duration of their six-month stay. The crew will have a slight overlap with the Crew-2 astronauts, who are expected to launch in the spring of 2021.

This will not be the first commercial crew mission to overlap. The Crew-1 astronauts, who are currently on the station, and the Crew-2 astronauts, also are expected to coincide in their sojourns for a short time. Increasing the total number of astronauts aboard the station is allowing the agency to boost the number of science investigations conducted in the unique microgravity environment, NASA said.

This will be the third crew rotation mission of SpaceX’s human space transportation system and its fourth flight with astronauts, including the Demo-2 test flight, to the space station through NASA’s Commercial Crew Program.

The goal of the programme is to provide safe, reliable, and cost-effective crew access to the space station and low-Earth orbit in partnership with American aerospace industry.

NASA’s contract with SpaceX is for six total crew missions to the orbiting laboratory. Commercial transportation to and from the station will provide expanded utility, additional research time, and broader opportunities for discovery on the orbital outpost, the US space agency said.

For more than 20 years, humans have lived and worked continuously aboard the International Space Station, advancing scientific knowledge and demonstrating new technologies, making research breakthroughs not possible on Earth.

As a global endeavour, 242 people from 19 countries have visited the unique microgravity laboratory that has hosted more than 3,000 research and educational investigations from researchers in 108 countries and areas, the statement said.

The station is a critical testbed for NASA to understand and overcome the challenges of long-duration spaceflight. As commercial companies focus on providing human transportation services to and from low-Earth orbit, NASA is free to focus on building spacecraft and rockets for deep space missions to the Moon and Mars, it said.