Students at leading institutions in Israel, members of the Jewish Indian community and Indians working in the country commemorated the victims of the 26/11 Mumbai terror attacks. 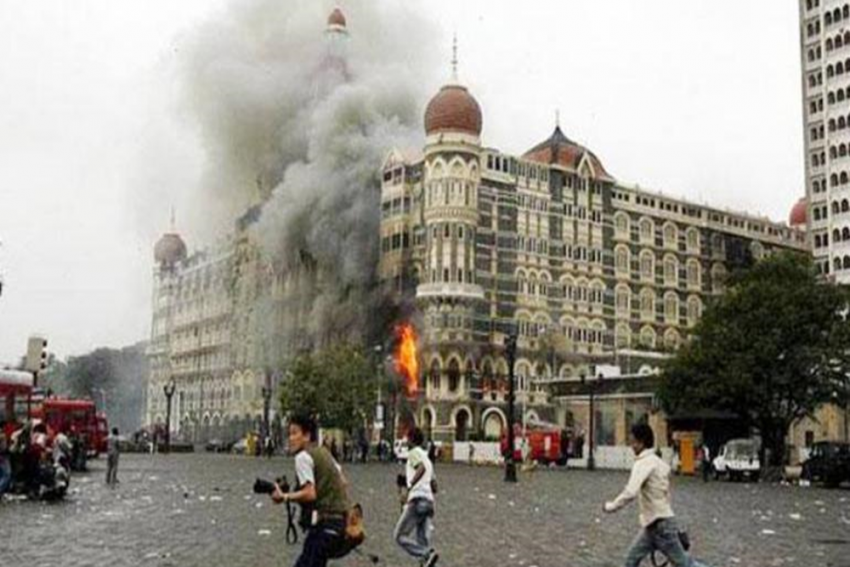 Indians in Israel commemorated the victims of killings by Lashkar-e-Taiba terrorists in the 26/11 Mumbai attacks of 2008, demanding swift justice by punishing the masterminds of the crime and seeking coordinated efforts to tackle the menace of terror, on the eve of the 13th anniversary of the deadly attacks.

Indian students at all the leading institutions in Israel, members of the Indian Jewish community, and Indians living and working in Israel organised separate events across the country on the eve of the anniversary of 26/11 Thursday, paying respects to the innocent victims of the terror attack, including six Jews who died at the Chabad House. Several events are also planned for Friday.

Isaac Solomon, 84, an Indian Jewish community leader in the southern coastal city of Eilat at an event organised at the club Sitar told the gathering that both India and Israel have been at the receiving end of terror even though both the countries seek peace with their neighbours, as well as internationally.

Mumbai Terror Attacks: What Happened On 26/11?

"The terrorists do not really have a real objective. They have only one goal – to harm people. India and Israel are democracies that seek peace and will continue to raise their voice against the menace of terrorism anywhere in the world,” Solomon said.

Eilat Deputy Mayor Stas Bilkin also participated in the event in solidarity with victims of the attacks.

Jewish outreach movement, Chabad, last year unveiled a plaque in the city in the memory of the six Jewish victims of 26/11 Mumbai terror attacks.

"To the memory and rise of souls of Rabbi Gavriel Noah and Rivka Holtsberg, who were martyred during the time of their holy mission in a terror attack at Chabad house in Mumbai, India from which the message of Torah was being spread all over the area. And for the four guests who stayed in Chabad house at the time of the attack, and were also martyred: Rabi Gavriel Taitelbaum, Mrs. Norma Rabinovich, Rabi Ben Zion Kurman, Mrs, Yocheved Orpaz. May their souls be bound up in the bond of eternal life", the plaque in Hebrew reads.

Ceremonies were also held at the Hebrew University of Jerusalem, Tel Aviv University, Ben-Gurion University and Technion in Haifa with a large number of Indian students turning up to participate while observing COVID-19 norms.

"It is a shame that the real masterminds of the attack roam around freely while the families of the victims await justice. All peace seeking nations must unite in their resolve to defeat terror and their state sponsors. 26/11 is a shared pain between India and Israel and we must do everything to bring the perpetrators to justice,” said Ankit Chauhan, a researcher at Ben-Gurion University.

"On this day, we remember the tragic loss of human life during the 26/11 attacks in Mumbai. Through the candles we light in this vigil, we pay homage to all the innocent souls that were victims of blind rage and terror. The candles that we lit today also symbolise the everlasting hope in humanity that each of us share for working together towards a future that is safer and harmonious for the generations to come," Trivikram Muralidharan, a PhD student in the department of industrial engineering and management at Ben-Gurion University, told PTI.

Some of the participants also recounted the valiant efforts of the Indian soldiers in dealing with the terror attacks in Mumbai in 2008.

"Remembering the heroes who gave up their lives for our safety on this day, 13 years ago. I salute their spirit and bravery. Let's never forget their sacrifice. We will forever be indebted to our bravehearts for their supreme sacrifice,” said Ajay Wagh, a postdoctoral fellow at the Technion in the northern coastal city of Haifa.

Degel Menashe, an organisation representing the Bnei Menashe Jewish community that has connections with India's north-eastern states of Manipur and Mizoram, condemned the attacks calling it a "cowardly" act on unarmed innocent people.

Members of the organisation organised protests also in Churachandpur holding placards reading, "no to terrorism", "we stand by all the victims of 26/11 attacks" etc.

Several groups of Indians living and working in Israel have planned events to pay respects to the victims of the 26/11 Mumbai attacks on Friday.

"We will pay our respects to 26/11 Mumbai terrorist attack victims tomorrow. We are Indian caregivers preparing to hold a gathering on the 13th anniversary of the Mumbai attacks lighting candles. We condemn Pakistan sponsored terrorism. Peaceful countries should come together to boycott diplomatically and financially those countries that support terrorism", said Ravi Soma, President of Israel Telengana Association.

A march will be held in the memory of the 26/11 victims at the St. Peters Church, Jaffa, and organisations of Indians from Karnataka, Kerala, Punjab and Gujarat will also be separately holding candle vigil on Friday to mark the 13th anniversary of the deadly attacks.

People participating in such gatherings held posters of victims, pictures of mayhem in Mumbai and flags of India and Israel.

The terrorists launched coordinated shooting and bombing attacks at several landmarks in Mumbai, including the Chabad House at Nariman point where six Jews were killed in the attack.