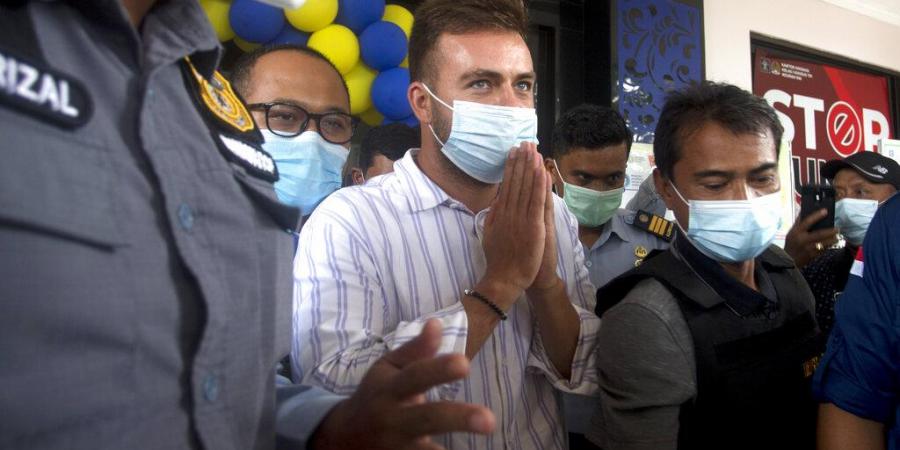 A Russian social media celebrity will be deported from Indonesia on Sunday after he held a party at a luxury hotel on the resort island of Bali, which was attended by more than 50 people despite coronavirus restrictions.

The party held on January 11 violated health protocols put in place to fight the spread of the virus, said Jamaruli Manihuruk, chief of the Bali regional office for the Ministry of Law and Human Rights.

Sergei Kosenko, who has more than 4.9 million followers on his Instagram account, arrived in Indonesia in October on a tourist visa.

Immigration officials in Bali decided to examine Kosenko's activities after he posted to social media a video of him driving a motorcycle with a female passenger on the back off a pier into the sea in December.

The stunt was condemned by many Indonesians as reckless and a potentially hazardous to the environment.

Manihuruk said the immigration investigation found Kosenko took part in activities that violated his tourist visas, such as promoting companies and products.

After the announcement of his deportation, Kosenko told reporters at the immigration office in Bali that he was sorry.

“I love Bali. I am sorry and I apologize,” Kosenko said.

The deportation comes just days after Indonesia deported an American woman who had been living on Bali over her viral tweets that celebrated the island as a low-cost, “queer-friendly” place for foreigners to live. Her posts were considered to have “disseminated information disturbing to the public,” which was the basis for her deportation.

Indonesia has temporarily restricted foreigners from coming to the country since Jan. 1 to control the spread of COVID-19, and public activities have been restricted on Java and Bali islands.

Bali regional office for the Ministry of Law and Human Rights recorded 162 foreigners have been deported from Bali in 2020 and 2021. Most of them are being deported for violating the visit visa.