Inspired By Mother, Kamala Harris Says She Had To Do Something When 'So Much Is On The Line'

Kamala Harris has helped not only enthused the party's base, but also helped the campaign raise record amount of money. 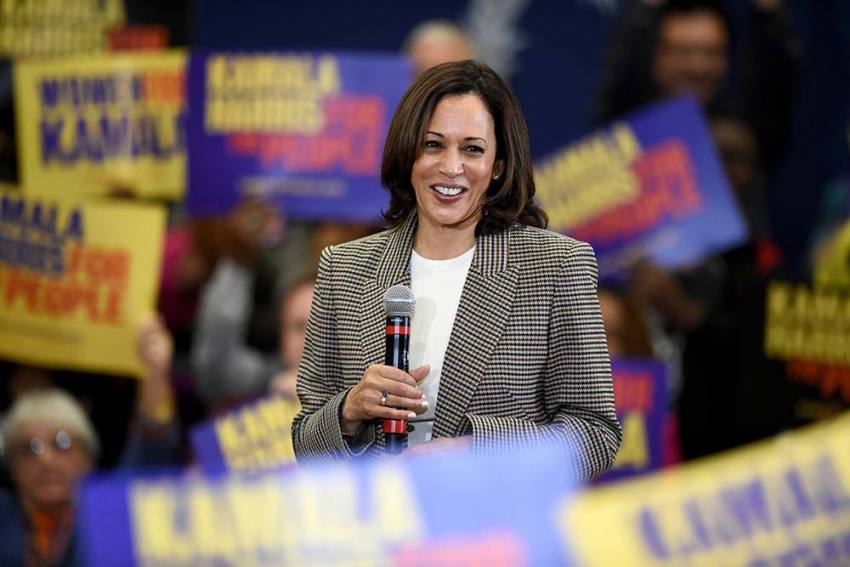 Democratic vice-presidential candidate Kamala Harris has said her mother Shyamala Gopalan was her source of inspiration who had guided her throughout her entire life.

"My mother always used to say, 'Don't just sit around and complain about things. Do something'," Harris, 55, wrote in a fundraising email to her supporters on Wednesday. "Her words have guided me through my entire life, pushing me to take action, solve problems and fight for solutions."

The Indian-origin senator said it was not a hard decision when Democratic presidential candidate Joe Biden called her to be his running mate.

"I knew I had to do exactly what my mother would have wanted me to do. With so much on the line, I had to do something," said Harris, the the first Black woman on a major party vice-presidential ticket.

"I couldn't be more grateful to be a part of this ticket, or more humbled by the outpouring of support Joe and I have received over these past few weeks on the trail. And honestly, we're going to need every ounce of it,” she said, urging her supporters to chip in with their contribution.

Harris has helped not only enthused the party's base, but also helped the campaign raise record amount of money.

During a virtual fundraiser a day earlier, which was hosted by Indian-American and 'Top Chef' host Padma Lakshmi and actor Billy Porter, Harris spoke about her parents' involvement in civil rights marches when she was growing up in Oakland.

Harris also said she still finds time to cook Sunday dinners for her family despite her hectic schedule and nationwide campaigning as. The Senator also spoke about her mother's cooking, noting that she was an "extraordinary cook".

According to Politico, Harris is an enthusiastic cook who bookmarks recipes from the New York Times' cooking section and had tried almost all the recipes from Alice Waters' 'The Art of Simple Food'.