Iran Admits Its Army Mistook Ukrainian Plane As Hostile, Shot It Down

The responsible parties would be referred to a judicial department within the military and held accountable, the army said. 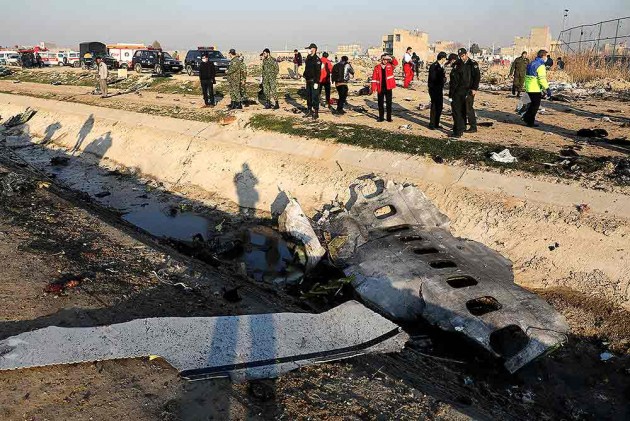 Iranian armed forces said on Saturday that they mistook a Ukrainian jet for a hostile plane and shot it down 'unintentionally' earlier this week near Tehran, killing all 176 passengers on board.

Iran's President Hassan Rouhani said, "Armed Forces’ internal investigation has concluded that, regrettably, missiles fired due to human error caused the horrific crash of the Ukrainian plane and death of 176 people. Investigations continue to identify and prosecute this great tragedy and unforgivable mistake."

The plane was shot down early Wednesday, hours after Iran launched a ballistic missile attack on two military bases housing US troops in Iraq in retaliation for the killing of Iranian Gen. Qassem Soleimani in an American airstrike in Baghdad. No one was wounded in the attack on the bases.

Hiatus In US-Iran Hostilities, But Any Miscalculation Can Be Calamitous

A military statement carried by state media said the plane was mistaken for a “hostile target” after it turned toward a “sensitive military centre” of the Revolutionary Guard.

The military was at its “highest level of readiness," it said, amid the heightened tensions with the US.

“In such a condition, because of human error and in an unintentional way, the flight was hit,” the statement said. It apologized for the disaster and said it would upgrade its systems to prevent future tragedies.

It also said those responsible for the strike on the plane would be prosecuted.

Also Read | US Military Tried To Take Out Another Iranian Commander, But Failed

"Our profound regrets, apologies and condolences to our people, to the families of all victims, and to other affected nations," he said.

The US has earlier said it believed it was "likely" that an Iranian missile downed the Ukrainian airliner. Canada also said the same citing intelligence reports.

The plane, en route to the Ukrainian capital of Kyiv, was carrying 167 passengers and nine crew members from several countries, including 82 Iranians, at least 57 Canadians and 11 Ukrainians, according to officials. The Canadian government had earlier lower the nation's death toll from 63.