In a speech aired on state TV, Rouhani said the country's economy had stabilised despite punishing US measures against its senior leaders, banking and finance sectors. 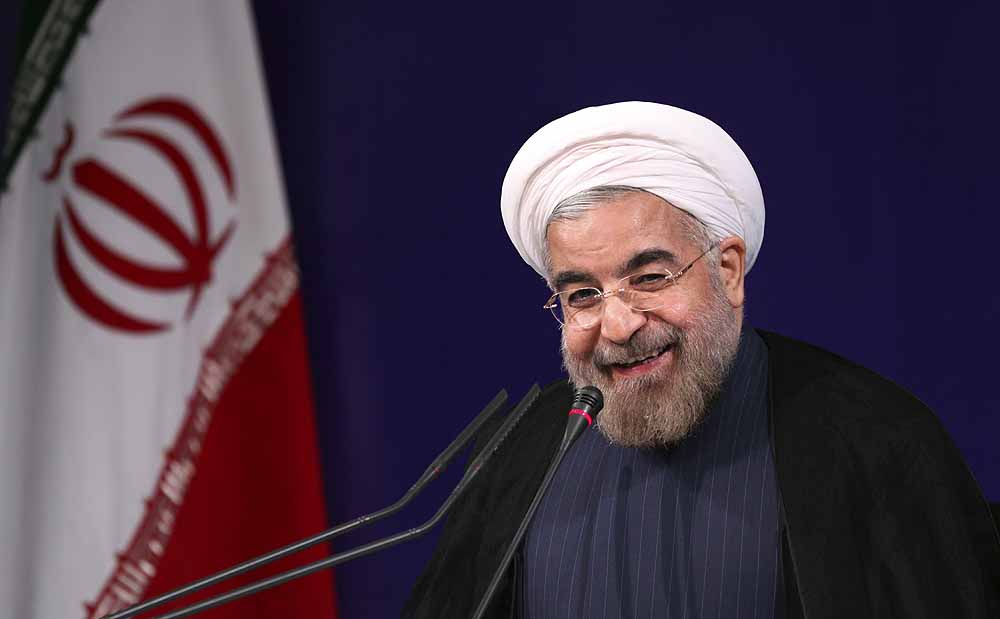 Iran has discovered a massive new oil field, President Hassan Rouhani said Sunday, a find that would boost its proven reserves by about a third in a rare piece of "good news" for an economy battered by US sanctions.

In a speech aired on state TV, Rouhani said the country's economy had stabilised despite punishing US measures against its senior leaders, banking and finance sectors.

The vast field in the southwestern province of Khuzestan holds an estimated 53 billion barrels of crude, he said.

The 80-metre deep reservoir stretches nearly 200 kilometres from Khuzestan's border with Iraq to the city of Omidiyeh.

"This is a small gift by the government to the people of Iran," he said in a speech from the central city of Yazd.

"We announce to America today that we are a rich nation, and despite your enmity and cruel sanctions, Iranian oil industry workers and engineers discovered this great oil field." The find would add around 34 percent to the OPEC member's current proven reserves, estimated by energy giant BP at 155.6 billion barrels.

Iran, a founding member of the Organization of the Petroleum Exporting Countries, sits on what were already the world's fourth-biggest oil reserves.

The new reserves, if proven, would lift it to third place, just before regional arch-rival Saudi Arabia.

But it remains to be seen how much the country can benefit from the new field.

Iran has struggled to sell its oil since US President Donald Trump withdrew from a landmark 2015 nuclear deal last year and reimposed unilateral sanctions.

In May, Washington ended temporary sanctions waivers it had granted to the eight main buyers of Iranian oil, ratcheting up the pressure on holdouts China, India and Turkey to find other suppliers.

Tehran does not report exact figures but says some crude is still exported via "unconventional" means.

It has hit back at the US with a series of countermeasures, stepping up its nuclear activities and threatening to go further unless the deal's promised economic benefits materialise.

It insists its moves are transparent and easily reversible, calling on the deal's other parties to honour their commitments.

The remaining parties to the 2015 accord -- Britain, China, France, Germany and Russia -- have been working on measures to help it avoid US sanctions, but with few results so far.

Since the US withdrawal, tensions have cranked up in the Gulf with a series of mysterious attacks on tankers and Saudi oil installations, with Tehran and Washington narrowly avoiding an armed confrontation after the downing of a US drone over Iranian territory.

Iran has experienced a sharp economic downturn this year, fuelled in part by US sanctions, with a plummeting currency sending inflation skyrocketing and hiking the prices of imports.

But Rouhani insisted the economy had now stabilised.

"Our people weathered hard days in the past year ... (but) I believe America is now hopeless," he said.

The IMF has said Iran's economy will contract by a massive 9.5 percent this year, its worst performance since 1984 when the Islamic republic was at war with neighbouring Iraq, but notes the growth is expected to stabilise at zero next year.

Authorities have cracked down hard on "economic disruptors" -- Iranians accused of exploiting shortages and fluctuations in gold and currency prices, with dozens tried and some executed.

"I call on the judiciary... to explain billion-dollar corruption cases to the people," Rouhani said during his speech in Yazd.

"Where has the money gone?"

He pointed to a "$2.7 billion case" whose suspect has been "arrested, sentenced to die and is now in prison" -- but in which the money is yet to be recovered.

He appeared to be referring to business magnate Babak Morteza Zanjani, on death row after being convicted in 2016 of embezzling $2.7 billion while helping the government circumvent international sanctions.