Iran's supreme leader Ayatollah Ali Khamenei said 'tragedies' in Afghanistan are made by US. 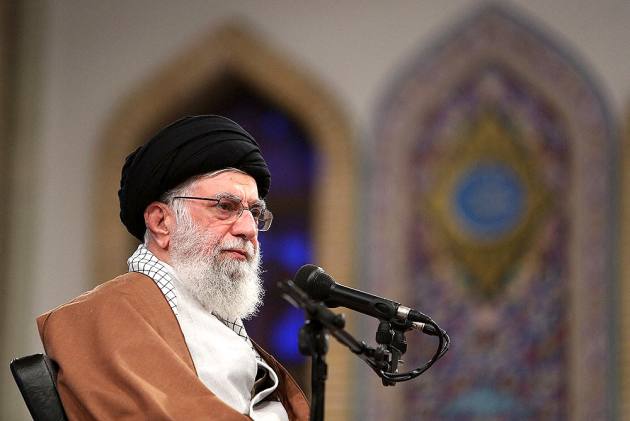 Iran's supreme leader has called the situation in Afghanistan a tragedy and blamed the U.S. for the problems there.

Ayatollah Ali Khamenei in his first official meeting with new president Ebrahim Raisi's Cabinet on Saturday said “the tragedies in Afghanistan are deeply affecting human beings (and were) made by America.”

“The hardships they are suffering, the incidents that are happening, Thursday's incident, such killings, all by America,” he said.

At the Kabul airport, thousands are still gathering in hope of fleeing the country after the Taliban takeover, even after a suicide attack Thursday killed 169 Afghans and 13 U.S. service members and amid warnings of more attacks. A massive U.S.-led airlift is winding down.