‘The U.S. is obliged to lift all oppressive sanctions against Iran,’ Iran’s president-elect and judiciary chief Ebrahim Raisi said 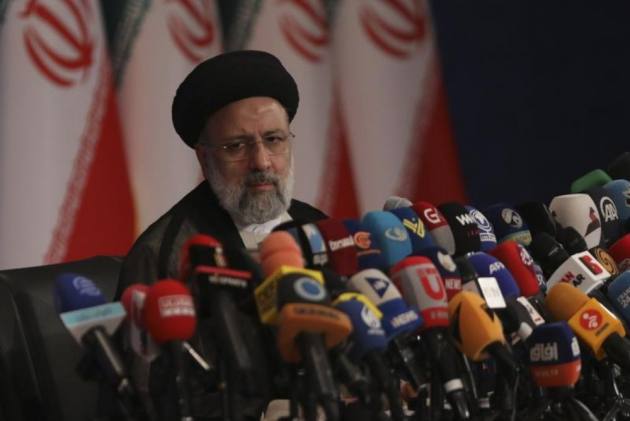 Judiciary chief Ebrahim Raisi also described himself as a “defender of human rights” when asked about his involvement in the 1988 mass execution of some 5,000 people.

Raisi made the comments in his first press conference in Tehran.

Iranians Vote To Elect Their New President; Is Iran A Democracy? Here's All You Need To Know

“The U.S. is obliged to lift all oppressive sanctions against Iran," he said.

The victory of Raisi, the protege of Iran's supreme leader sanctioned by the U.S. in part over his involvement in the mass executions, came amid the lowest turnout in the Islamic Republic's history. Millions of Iranians stayed home in defiance of a vote they saw as tipped in Raisi's favour.

Of those who did vote, 3.7 million people either accidentally or intentionally voided their ballots, far beyond the amount seen in previous elections and suggesting some wanted none of the four candidates. In official results, Raisi won 17.9 million votes overall, nearly 62% of the total 28.9 million cast.

Raisi's election puts hard-liners firmly in control across the government as negotiations in Vienna continue to try to save a tattered deal meant to limit Iran's nuclear programme, at a time when Tehran is enriching uranium at 60% its highest levels ever, though still short of weapons-grade levels. Representatives of the world powers party to the deal returned to their capitals for consultations following the latest round of negotiations on Sunday.