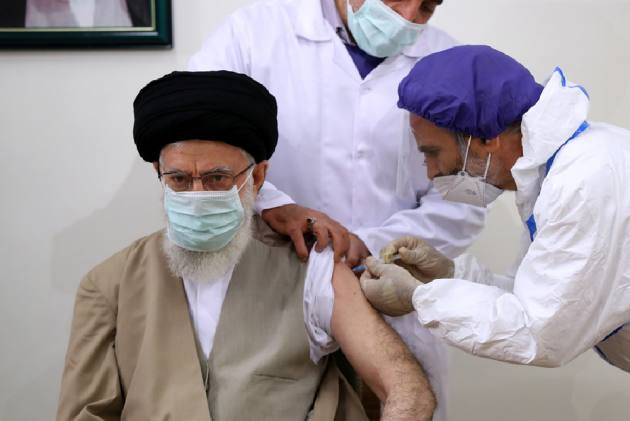 Ayatollah Ali Khamenei said that he was not interested in taking foreign-made vaccines, because it is better to "wait for the Iranian vaccine because we have to be proud of this national honour.”

I am truly grateful to all those who used their knowledge & experience & made scientific & practical efforts to provide the country with such a great, prestigious capability, i.e. the #CovidVaccine.#ProudlyIranian pic.twitter.com/NzOgP1VoEW

In January, Khamenei banned imports of the American and Britain vaccines, a reflection of mistrust toward the West.

Iranian pharmaceutical company Shifafarmed made the COVIran Barekat vaccine based on deactivated virus, and the first study of the safety and effectiveness began in late December.

The emergency authorisation was approved last week after the country, which is the worst-hit nation in the Middle East, faced problems importing enough vaccines.

Iran has not published data about efficacy of the vaccine, but claims that people who get the home made jab have about 85% immunity to the deadly virus.

Iranian officials said the death toll from Covid-19 rose by 115 over the day into Friday, putting the country's total at 83,588 since the pandemic broke out last year.

At least 1,397 people remained hospitalized with the virus, she added.

Lari said that 3,219 of the patients are in serious condition, and that 2,809,595 have recovered so far. Iran remains among the hardest-hit countries in the world.

Iran has also said it is working on a vaccine with cooperation from a foreign country. Iranian authorities said that another vaccine, produced jointly by Iran and Cuba, will join the country's vaccine package in coming days.

Iran retains some access to vaccines, including through its participation in COVAX, an international initiative designed to distribute vaccines to countries regardless of their wealth. But international banks and financial institutions are reluctant to deal with Iran for fear of American penalties. Under COVAX rules, Iran could order enough doses to vaccinate half of its 82 million people.