Iraqi Couple Gets Police Help to Wed Amid Coronavirus Curfew

As a government-ordered curfew banned large public gatherings and wedding halls were shuttered in Najaf, the police responded by providing the groom with vehicles, complete with blasting music. They also transported bride to the family home for a small celebration of just six people. 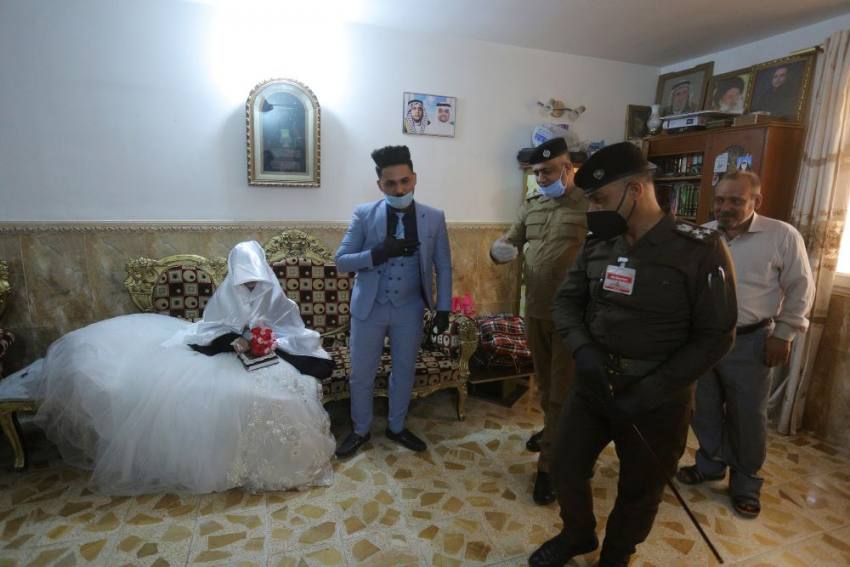 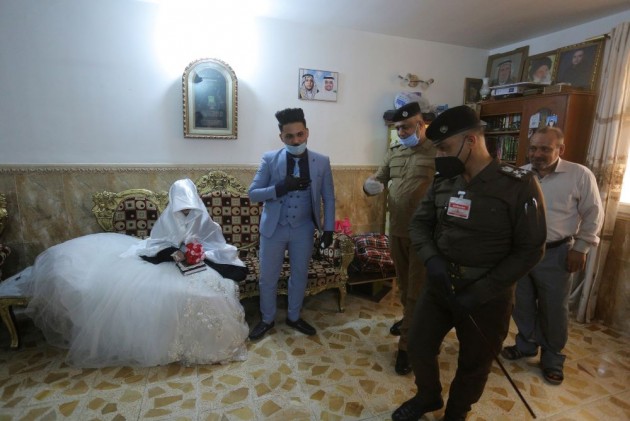 The couple's dream was to have a huge celebration with family and friends in the southern holy city of Najaf.

But in the wake of the new coronavirus, those hopes were dashed when a government-ordered curfew banned large public gatherings and wedding halls were shuttered.

“I didn't expect my wedding to be this way. I was hoping for a party and that we would visit the imam,” said Ruqaya Rahim, the new bride, referring to the religious official who leads prayers in the mosque. “But we were prevented from doing that.” 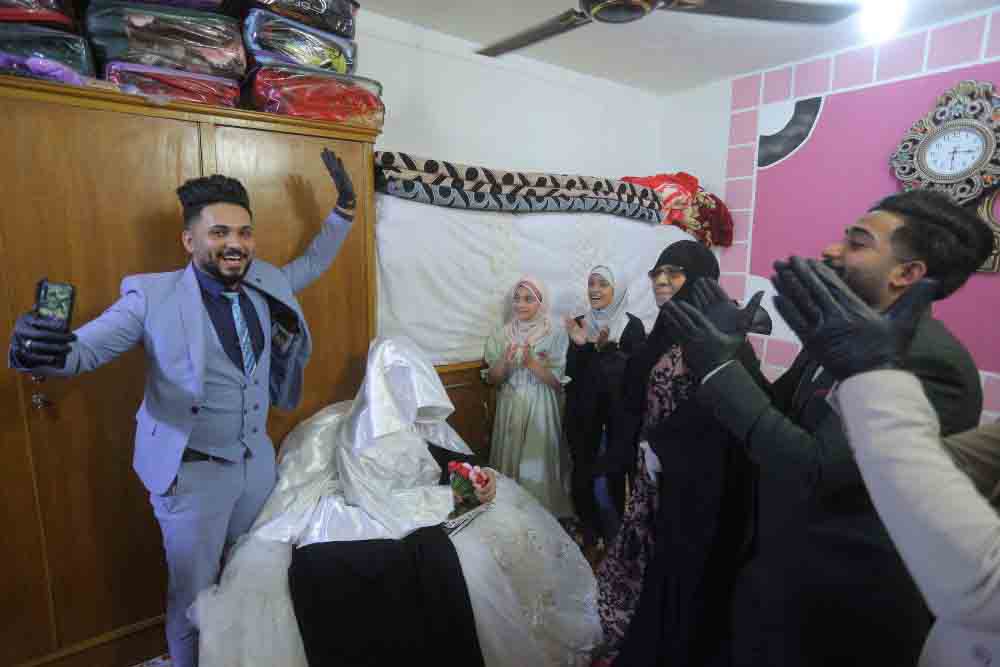 Ahmed Khaled al-Kaabi and his bride Ruqaya Rahim celebrate their wedding in Najaf, Iraq, the hardest-hit town by Coronavirus in the country with government banned large public gatherings. (AP Photo)

Najaf has been among the Iraqi cities hardest hit by the pandemic, accounting for a little more than 20% of Iraq's total cases. At least five people have died amid 257 confirmed cases in the province, according to Health Ministry figures.

That's a small fraction of the 70 people who have died nationwide since the first virus case was recorded in Iraq in February. Iraq now has nearly 1,300 confirmed virus cases.

Unwilling to postpone the wedding, al-Kaabi came up with a different plan.

He asked the local security forces to help him make the wedding happen. The police responded by providing the groom with vehicles, complete with blasting music.

They transported al-Kaabi's bride to the family home for a small celebration of just six people.