Is Pakistan's Leadership Turning It Into An Outcast? 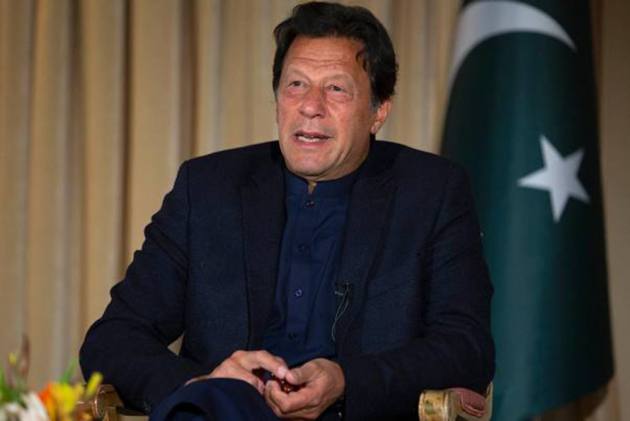 The destruction of important institutions is going on blatantly in Pakistan under the patronage of state at a pace faster than deforestation.

Yesterday, the timber mafia chopped the trees. Today, the crime is a legal and lucrative business. The land mafia purchases agricultural land at throwaway prices, converts it into a posh housing society and makes a killing overnight. The art has been best mastered by the Pakistani Army, that runs a network of huge elite-class housing societies in different cities under its Defense Housing Authority (DHA) scheme. It has recently launched a DHA in Multan. There are reports in the media that it has chopped hundreds of thousands of mango trees in Multan to pave way for the housing colony. It has denied such reports. But the fact can’t be denied that the country that was once exporting wheat now imports it – and that too from India, its eternal enemy!

Yesterday, the army chopped the institutions – unconstitutionally. The judiciary was its most favourite target. Today, the democratically elected governments are doing the same but constitutionally. The best example is removal of Dr Tariq Banuri. He was the Chairman of Higher Education Commission (HEC) that regulates all the universities – private or government – in Pakistan.

Pakistan And The Curious Case Of Rollback Khan

The tenure of HEC Chairman is four years. He/she can’t be fired without strong reasons/ procedures. The government of Pakistan Tehrik Insaf (PTI) got rid of him on March 26 – through an overnight coup – a presidential ordinance. There was no written explanation. The ordinance is an evidence of mala fide intentions. Days later, it was amended, and the tenure of HEC Chairman was reduced to two years. The HEC was deprived of its autonomous status. It has been put under the Ministry of Education. The HEC Chairman enjoyed the status of a federal minister. Now, he will be reporting to the education minister who could be an absolute illiterate, semi-literate, or just a degree holder from a religious seminary.

During General Musharraf’s regime, a former chief of Inter Services Intelligence (ISI) – Lt Gen. Javed Ashraf Qazi – was the education minister who was hellbent to teach school children 40 siparay (chapters) of the Quran. There are only 30 siparay in Quran! Imagine a scholar like Dr Banuri reporting to such an ignoramus.

The HEC was the brainchild of Musharraf. He wanted a brigade of PhDs in every nook and corner of the country. The Internet came in handy. Businessmen were allowed to set up private universities. As a result, every Tom, Dick and Harry was a PhD scholar. The universities charged heavy fees to give students the PhD degree, sans the knowledge. The renowned Pakistani nuclear physicist Dr Pervez Hoodbhoy claims a Pakistani PhD in mathematics can’t solve the papers of O-Levels. Dr Banuri wanted to give the Pakistani PhD degree a semblance of respect and credibility. He opposed the idea of setting up universities under the public-private partnership that aimed to occupy the vast lands of government universities. Such an attempt was made by the slain Benazir Bhutto. She wanted to convert a huge piece of Quaid-e-Azam University’s land into a housing society to reward her party workers when she became country’s prime minister. The bid was foiled by Dr Hoodbhoy through court.

The man behind public-private partnership was Dr Attaur Rehman, the former HEC Chairman. Dr Rehman runs three research institutions that receive an annual grant of Rs 3 billion from HEC. Dr Banuri questioned him about his institutions’ performance and output. Dr Banuri was verbally pressurized by the Prime Minister Imran Khan to release the grant, and told that it was not in the national interest to reveal the progress of Dr Rehman’s institutions. Perhaps Dr Rahman was enriching uranium for Iran! Dr Banuri refused to budge from his position. This was the main reason behind his removal. He has challenged the ordinance in a court. The latter had directed the government not to appoint his replacement till its final judgement on the ordinance.

Dr Banuri is a scholar of international repute. PTI is dealing with him through threats and incentives. The incentive is the payment of his salary if he stops pursing the pending case in the court. People like Dr Banuri don’t endanger life and career for meager salaries. He wanted to do good to the country and the society and leave behind a legacy. His removal and the act of crippling the HEC will further tarnish country’s dubious image around the world. Pakistan will be recognized as a state that surrenders before vandals like Tehrik Labaik Pakistan (TLP), harbors terrorists like bin Laden, supports the non-state actors and institutions like Lashkar-e-Taiba and demolishes such institutions that could restore its lost reputation.

If the Pakistani leadership’s aim is to make the country a pariah, then its policies are highly commendable. By then, a PhD in mathematics from a Pakistani university might fail to solve the papers of a 5th grade student in the British educational system!

(The writer is a researcher based in Islamabad, and can be reached at Yamankalyan@gmail.com. Views expressed are personal, and do not necessarily reflect those of Outlook Magazine. )