ISIS-Held Territory May Be Fully Liberated Next Week: Trump

The United States military, its Coalition partners and the Syrian Democratic Forces have liberated virtually all of the territory previously held by ISIS in Syria and Iraq, Trump said on Wednesday. 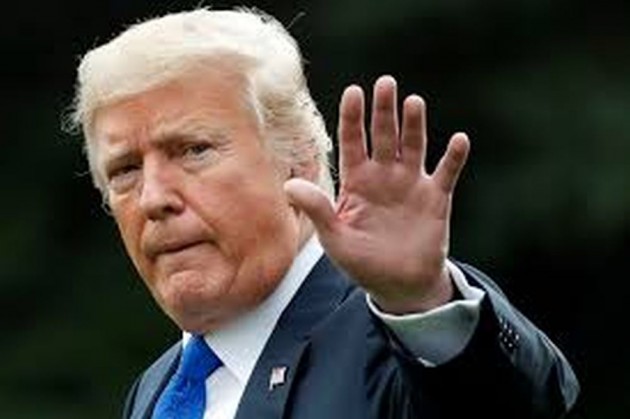 ISIS has been decimated, US President Donald Trump has said, adding that sometime probably next week, he will formally announce to have 100 percent of the caliphate.

The United States military, its Coalition partners and the Syrian Democratic Forces have liberated virtually all of the territory previously held by ISIS in Syria and Iraq, Trump said on Wednesday.

"It should be formally announced sometime probably next week that we will have 100 percent of the caliphate. But I want to wait for the official word. I don't want to say it too early," Trump said in his address to the Ministers of the Global Coalition to Defeat ISIS.

ISIS On The Run, Will Soon Be Wiped Out: Trump

He said the new approach developed by his administration, empowered US commanders in the field, enabled partners on the ground, and directly confronted ISIS's "wicked" ideology.

Over the past two years, US and its partners have retaken more than 20,000 square miles of land, he said.

"Now, they re-form; we know that. But they're having a hard time re-forming, and I wouldn't say it's a great job to have because of us. It's not exactly - hopefully will not be a sought-after occupation," he said.

"More than a hundred other top ISIS officials have been eliminated, and tens of thousands of ISIS fighters are gone. They're gone," he stressed.

US and its international partners, he said, have freed more than five million civilians from the grip of these bloodthirsty killers.

"Thanks to the Global Coalition, including all of you here today, and to our other partners, the ISIS caliphate has been decimated. Nobody thought it was possible to do it this quickly," Trump said.

Observing that the struggle against terrorism was a shared fight, Trump said: "We do it together. If we don't do it together, it can never be the same. Everyone must do their part and contribute their fair share."

"We must also recognise that immigration security is national security, and that foreign fighters must not gain access into our nations," he said.

Later in a statement, the Ministers of the Global Coalition to Defeat ISIS/DAESH said that the territorial defeat of ISIS in Iraq and Syria will mark a significant milestone in the war against ISIS.

But this does not mean the campaign against ISIS is over, it said.

Further engagement was needed in Iraq and Syria, where the terrorist group is still resilient, it added.

ISIS’s leadership, affiliates, and its supporters view its territorial losses in Iraq and Syria as a setback, not as defeat, the statement said.

In 2019, with the conventional military effort against ISIS in Syria nearing culmination and shifting to a supporting rather than a central role, the Coalition members will open a discussion to plan the next phase of the campaign, it said.

This could involve an effort to counter ISIS’s reversion to insurgency in Syria and Iraq, the statement said.

"The Coalition is determined to increase the pressure to disrupt ISIS’s trans-regional network through increased information sharing and complementary efforts in counter-finance, strategic communication, law enforcement, the justice sector, and security for our homelands," the statement said.

The meeting was attended by foreign ministers and representatives from more than 70 countries.

Afghanistan was the only South Asian country to be present in this international coalition to defeat ISIS.