The leader of the Islamic State of Iraq and Syria (ISIS) has appeared for the first time in five years in a video released by the extremist group's propaganda arm. 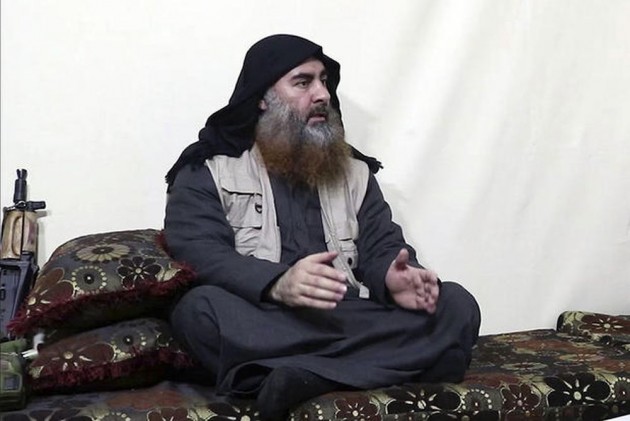 The Islamic State group's elusive chief Abu Bakr al-Baghdadi has purportedly appeared for the first time in five years in a propaganda video released Monday by the jihadist organisation.

It is unclear when the footage was filmed, but the man said to be Baghdadi referred to last week's deadly attack in Sri Lanka and to the months-long fight for IS's final bastion Baghouz, which ended in March.

"The battle for Baghouz is over," he said, sitting cross-legged on a cushion and addressing three men whose faces have been blurred.

"God ordered us to wage 'jihad.' He did not order us to win," he said.

As suspected, reporting about Baghdadi that he was slim & ailing (recurrent in captured commanders’ testimonies, who claimed to have met him) were inaccurate pic.twitter.com/jSRa4LqNxl

In a segment in which the man is not on camera, his voice referred to the April 21 Easter attacks in Sri Lanka, which killed 253 people and wounded nearly 500, as "vengeance for their brothers in Baghouz".

The leader further insisted that ISIS's operations against the West were part of a "long battle" and the group would "take revenge" for its members who had been killed.

Wearing a black robe with a beige vest, al-Baghdadi gave an 18-minute address in the video. However, it is unclear when the footage was filmed.

"There will be more to come after this battle," he said.

The man said to be the ISIS chief---al-Baghdadi, in the video had a long grey beard that appeared dyed with henna and spoke slowly, often pausing for several seconds in the middle of his sentences.

He was identified as Baghdadi by both the SITE Intelligence Group, which tracks IS, and Hisham al-Hashemi, an Iraqi expert on the group.

Baghdadi, who is now 47, appeared for the first and last time in public in Mosul in 2014, where he declared an Islamic "caliphate" in the swathes of territory IS then held in Syria and Iraq.

He was reported killed or injured multiple times since then.

His last voice recording to his supporters was released in August, eight months after Iraq announced it had defeated IS and as the US-backed Syrian Democratic Forces closed in next door in Syria.

The SDF at the time said it did not believe Baghdadi was in Syria.

Baghouz, the last piece of populated land held by the ISIS, which once spread across a third of Iraq and Syria, is roughly equivalent to the size of the United Kingdom and attracted 40,000 fighters to its cause.

At its peak, the terror outfit controlled huge parts of Iraq and Syria with a population of over 10 million people. However, since 2017, the terror group started losing hold on major territories in both countries to the United States-backed military forces.