'We said (earlier) that consular access will be given and (now) work has been started on that,' Foreign Office spokesman Mohammad Faisal told reporters during his weekly media briefing Islamabad. 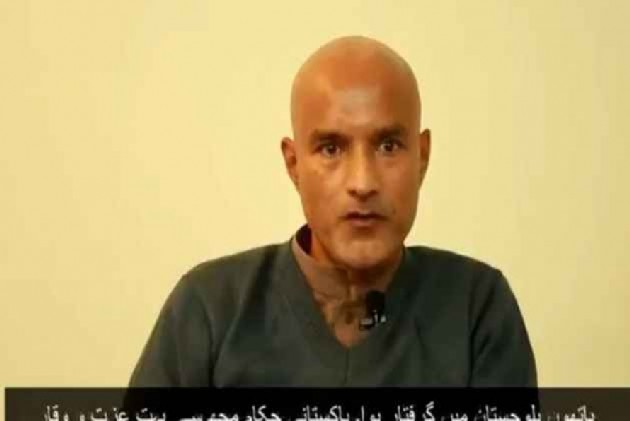 Jadhav, 49, a retired Indian Navy officer, was sentenced to death by a Pakistani military court on charges of "espionage and terrorism" after a closed trial in April 2017. His sentencing evoked a sharp reaction in India.

In a reprieve for Jadhav, a 16-member bench of the International Court of Justice on July 17 by a 15-1 vote continued the stay on the execution and held that Islamabad violated New Delhi's rights to consular visits after his arrest.

"We said (earlier) that consular access will be given and (now) work has been started on that," Foreign Office spokesman Mohammad Faisal told reporters during his weekly media briefing Islamabad.

Faisal also welcomed US President Donald Trump's offer of mediation for resolving the Kashmir issue. He expressed "surprise" over Indian reaction to the offer.

"Our approach is dialogue-based; it is UN-resolutions based and it will remain as such," he said.

Trump on Monday offered to be the "mediator" between India and Pakistan on the Kashmir issue during his first meeting with Prime Minister Imran Khan at the White House.

India firmly rejected Trump's offer, saying that New Delhi's consistent position has been that all outstanding issues with Pakistan are discussed only bilaterally.

Officials from India and Pakistan on July 14 held the second round of talks to discuss draft agreement and operationalisation of the Kartarpur corridor.

The corridor will connect Darbar Sahib in Pakistan's Kartarpur with Dera Baba Nanak shrine in Gurdaspur district and facilitate visa-free movement of Indian Sikh pilgrims, who will have to just obtain a permit to visit Kartarpur Sahib, which was established in 1522 by Sikh faith founder Guru Nanak Dev.

He also said that visit of Prime Minister Khan to the US was "highly successful and productive".

"The visit was more successful than our expectations," he said.

He said the two leaders "held comprehensive talks focusing on building a broad-based and enduring partnership between the two countries" and strengthening cooperation to bring peace, stability and economic prosperity in South Asia.

He also said it was decided to establish a mechanism to follow up on the understanding reached during the visit.

Faisal said Pakistan's role in the Afghan peace process was acknowledged by everybody in the United States.

“We want an Afghan-led and Afghan-owned solution of the conflict," he said, adding that Pakistan wanted that US tension with Iran should come down and that all parties must work towards easing the tension in the region.