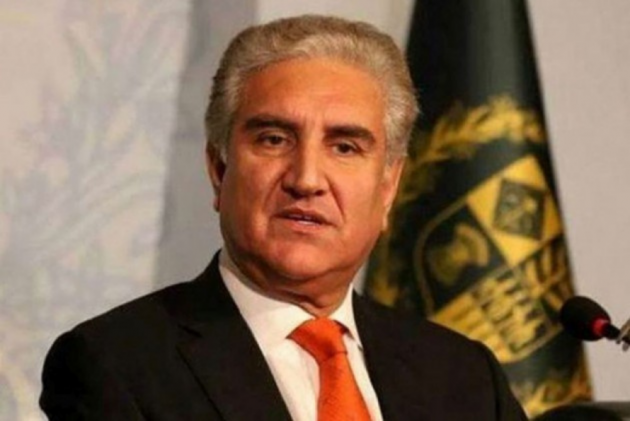 Qureshi made these comments during a joint press conference along with Spanish Foreign Minister Jose Manuel Albares, who arrived in Islamabad on Friday to discuss the latest Afghan situation.

The two leaders held delegation-level talks in the Ministry of Foreign Affairs.

“Isolating Afghanistan will have serious consequences and will not be helpful for the Afghan people, the region and the world at large,” said Qureshi, adding that the policy of intimidation, pressure and coercion did not work.

“We have to adopt a new positive approach regarding Afghanistan,” he said.

He urged the international community to recognise the new reality in Afghanistan and engage with the Taliban for the sake of peace.

Qureshi urged the world to focus on averting the humanitarian crisis in Afghanistan and expressed satisfaction that a conference was to take place in Geneva to raise funds for the country.

He said Pakistan was contributing towards the improvement of the situation in Afghanistan and sent an aircraft on September 9 with food and medicine supplies and promised to extend more humanitarian assistance through air and land routes.

Qureshi reiterated his call to the international community to take steps to avert economic collapse of Afghanistan, which can be done by making available the resources and promoting economic activities.

He suggested the decision of freezing Afghan funds will not be helpful and be revisited.

Talking about the international commercial flight from Kabul to Doha on Thursday, he said this safe passage was in sync with the demand of the Europeans and “we need to encourage the Taliban to stay on course”.

Qureshi also regretted that the "spoilers" did not allow the intra-Afghan dialogue to reach a conclusion, saying if there had been progress on talks among various Afghan groups, things would have been calmer.

Qureshi said there were great opportunities for bilateral cooperation between Pakistan and Spain in different fields. Given the changed security situation in Pakistan, he urged the Spanish counterpart to review the travel advisory.

The Spanish Foreign Minister expressed his desire to work closely with Pakistan and other regional countries to help the Afghan people.

“Both Pakistan and Spain want stability, peace in Afghanistan and no spillover effect to the region… We want humanitarian assistance to reach the Afghan people,” he said.

Albares said a donor conference on Afghanistan will be held on Monday where the pledges will be made and their agencies are ready to help the Afghan people.

He said that Pakistan was a very important partner for his country and the European Union.

As both countries celebrate 70 years of the establishment of diplomatic relations, this is an excellent opportunity for us to re-energise the bilateral relationship, Albares said.

Earlier, Pakistan's Foreign Office said that Pakistan and Spain enjoy cordial relations, bilaterally as well as in the context of EU and Spain is also the 3rd largest trading partner of Pakistan within the EU, and home to one of the largest Pakistani diasporas in Europe.

“The visit of Foreign Minister Albares will help reinforce close cooperation between the two countries to strengthen mutual coordination on regional and international issues,” said the Foreign Office. (With PTI inputs)