President Donald Trump has said that Israeli Prime Minister Benjamin Netanyahu's election victory improved the chances of a forthcoming US peace plan, despite deep skepticism from the Palestinians. 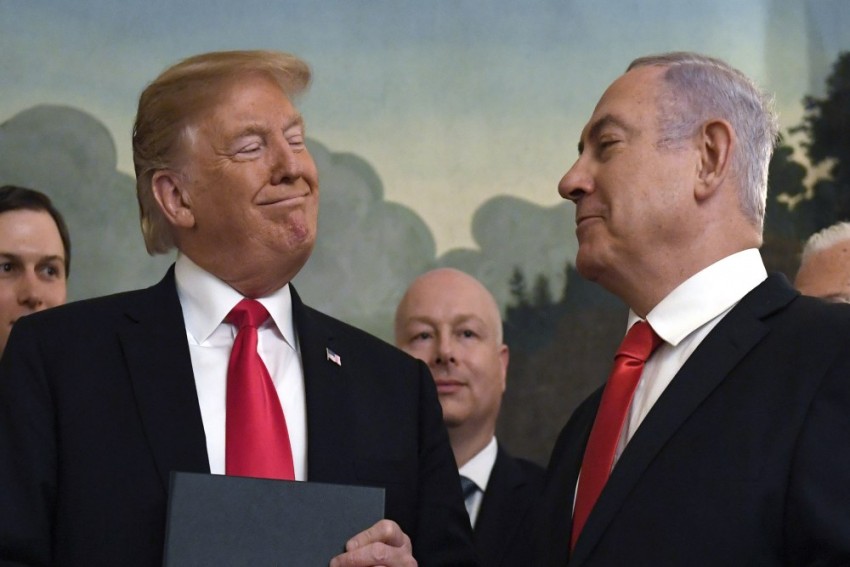 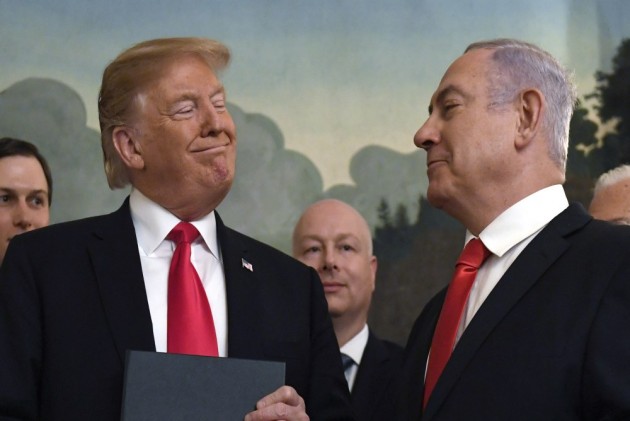 President Donald Trump has said that Israeli Prime Minister Benjamin Netanyahu's election victory improved the chances of a forthcoming US peace plan, despite deep skepticism from the Palestinians.

Trump, who had enthusiastically backed the right-wing premier's bid for a fifth mandate, said on Wednesday that he telephoned Netanyahu to offer congratulations as results gave Netanyahu a narrow parliamentary majority.

"Everybody said you can't have peace in the Middle East with Israel and Palestinians. I think we have a chance and I think we now have a better chance," he added.

Trump had welcomed Netanyahu to the White House just two weeks before the election to offer his latest landmark gesture of support - US recognition of Israel's sovereignty over the Golan Heights, captured from Syria in 1967.

Palestinian leaders are deeply skeptical of the US peace plan and have ruled out Trump as an honest broker after he recognized bitterly contested Jerusalem as Israel's capital.

The peace plan is being developed by Trump's son-in-law Jared Kushner, an Orthodox Jew whose close family ties to Netanyahu have heightened Palestinian suspicions on whether the US administration can serve as an honest broker.

US officials have only revealed vague outlines of what the plan might propose, but Secretary of State Mike Pompeo has suggested it could break abruptly with precedent.

In two days of testimony before Senate committees, Pompeo declined to say whether the United States stood by its longstanding support for an independent Palestinian state.

"For decades now, there have been all these wonderful experts that have tried to resolve this crisis in the Middle East, the conflict between Israel and the Palestinian people, and they have each failed," Pompeo told the Senate Foreign Relations Committee on Wednesday.

"So the old set of ideas isn't worth retreading. They have simply not succeeded," he said.

Pressed by Democratic Senator Tim Kaine - who described himself as "kind of shocked" that Pompeo would not reaffirm US support for a two-state solution -- the top US diplomat said the United States wanted "good things" for the Palestinians but that a solution had to be acceptable to both sides.

"I would argue that millions of man-hours have been spent to try and build out a two-state solution. It hasn't worked to date. It may work this afternoon, but it hasn't worked yet," Pompeo said.

Pompeo said the peace plan would come out "before too long" and also include ideas aimed at Gulf Arab states, which have found increasing common ground with Israel in their hostility to Iran.

Pompeo repeatedly declined to weigh in on Netanyahu's election-eve vow to annex Jewish settlements built in the Israeli-occupied West Bank - a move that would seek to formalise Israeli control over parts of the supposedly future Palestinian state.

Such a move would previously have been almost unthinkable, leaving Israel diplomatically isolated. But some analysts believe that Washington's relatively less controversial Golan Heights recognition may have paved the way.

In another sign of Israel's current feeling of strength, Netanyahu insisted last week that he would refuse removal of any Jewish settlements built inside occupied Palestinian land as part of any peace plan.

Netanyahu said he told Trump "there shouldn't be the removal of even one settlement."

Since taking office, Trump has also closed the Palestinians' office in Washington, pulled the United States from UN bodies accused of anti-Israel bias and cut off funding for the UN agency that provides schooling and other services to Palestinian refugees.
While Trump has rallied behind Netanyahu, the Israeli leader has seen growing disdain among Democrats.

Beto O'Rourke, a Democratic candidate for president, called Netanyahu "a racist" for his alliance with a far-right party and for warning about voting by Israel's Arab citizens.