Netanyahu's remarkable victory in the April 9 polls securing him a record fifth term proved temporary in the face of a logjam between potential coalition partners, over a military conscription bill governing exemptions for ultra-Orthodox Jewish seminary students. 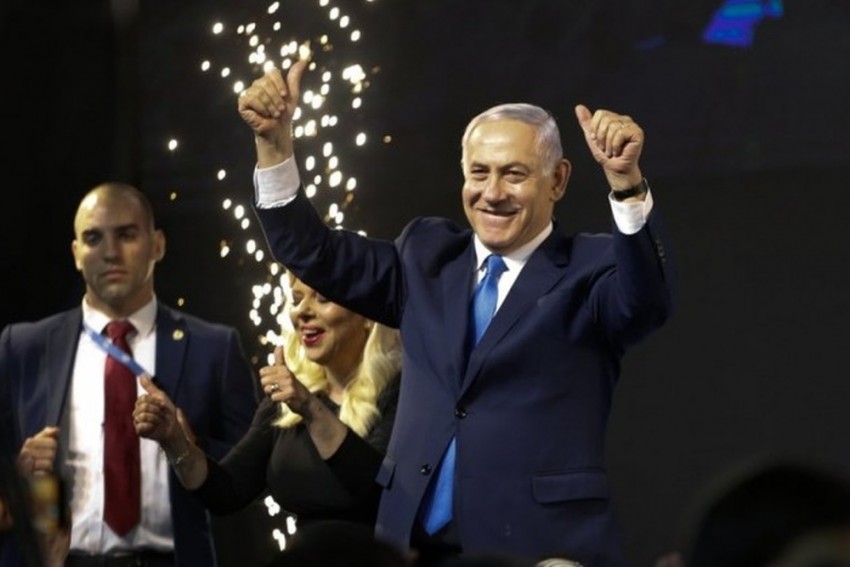 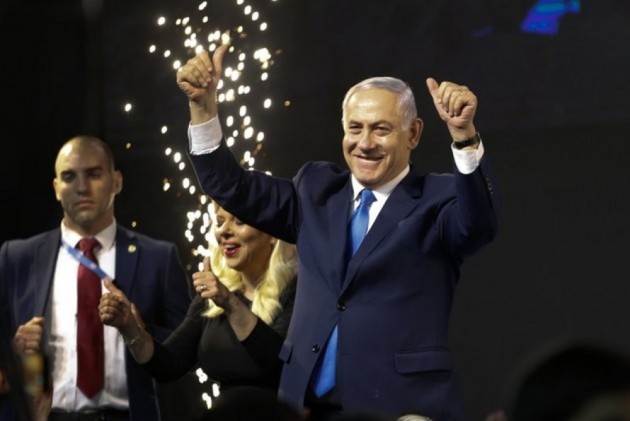 In an unprecedented development, Israeli lawmakers on Thursday voted to dissolve Parliament and hold elections on September 17, after Prime Minister Benjamin Netanyahu failed to form a coalition government before a midnight deadline.

In little more than six weeks since they were elected, Israeli lawmakers voted 74-45 in favour of dissolving the 21st Knesset (Israeli Parliament), and hold a second general elections in the same calendar year.

Netanyahu's remarkable victory in the April 9 polls securing him a record fifth term proved temporary in the face of a logjam between potential coalition partners over a military conscription bill governing exemptions for ultra-Orthodox Jewish seminary students.

He clashed with former Defence Minister Avigdor Lieberman, whose support in the talks became vital. Lieberman, from the nationalist Yisrael Beitenu party, had made it a condition of allying with ultra-Orthodox Jewish parties that they change their military draft exemptions.

Lieberman told reporters just before the vote, that Israel was going to the polls because of the "complete surrender of the Likud (ruling party) to the haredim (ultra-orthodox)".

Without Yisrael Beitenu, Netanyahu could muster support of only 60 lawmakers in the 120 member house, falling short of a majority by just one.

Netanyahu launched a diatribe against Lieberman, whom he blamed for "dragging the country to unnecessary elections".

"Avigdor Liberman is now part of the left. He brings down right-wing governments. Don't believe him again. I will tell you about it tomorrow. Maybe I will tell you some things you don't know," the Prime Minister told reporters immediately after the Knesset voted to dissolve itself.

"We'll run a sharp, clear election campaign which will bring us victory. We'll win, we'll win and the public will win," he said.

"The public in Israel made a clear decision. It decided that I will be Prime Minister, that the Likud will lead the government, a right-wing government," Netanyahu said.

According to several political analysts, the impasse leading to the political crisis was born out of personal ego clash between the two leaders and does not really have a sound ideological ground.

Netanyahu and Lieberman's association in politics goes back some 31 years, when the latter assisted the former during his tenure as the deputy foreign minister in an unofficial capacity.
The move by Netanyahu's ruling Likud party to dissolve the Knesset, ensured that President Reuven Rivlin would not be able to call some other lawmaker to try to form a new government.

Rivlin had asked Netanyahu to form the next government after 65 lawmakers, including five of Lieberman's Yisrael Beitenu party, submitted letters of support for him.

Netanyahu asked for an additional two weeks time to form the government after failing to cobble up one together during the mandated 28 days period. The extended time period was to expire at midnight on Wednesday.

Likud party had won 35 seats in the April 9 elections, and the right-wing parties had together won 65 seats in the 120 member Knesset, making everyone believe that a right wing government was inevitable and easy to form.

Netanyahu declared victory and started coalition negotiations immediately after the results came out, but contrary to expectations, the jubilation in the right-wing bloc proved momentary with no resolution on the military conscription bill.

The Israeli prime minister had lamented the difficulties faced by him in the process of forging a coalition during a telephonic conversation with Narendra Modi on May 23 when he called up the Indian Prime Minister to congratulate him on his resounding victory in the general elections.

"Well, thank you for your congratulations on my victory, but there's one difference: You don't need a coalition, I do, and there's a big difference," Netanyahu told Modi after the Indian Prime Minister also congratulated him on his electoral success during the conversation.