'I believe in this vaccine': Benjamin Netanyahu before injecting Pfizer/BioNTech vaccine on national television 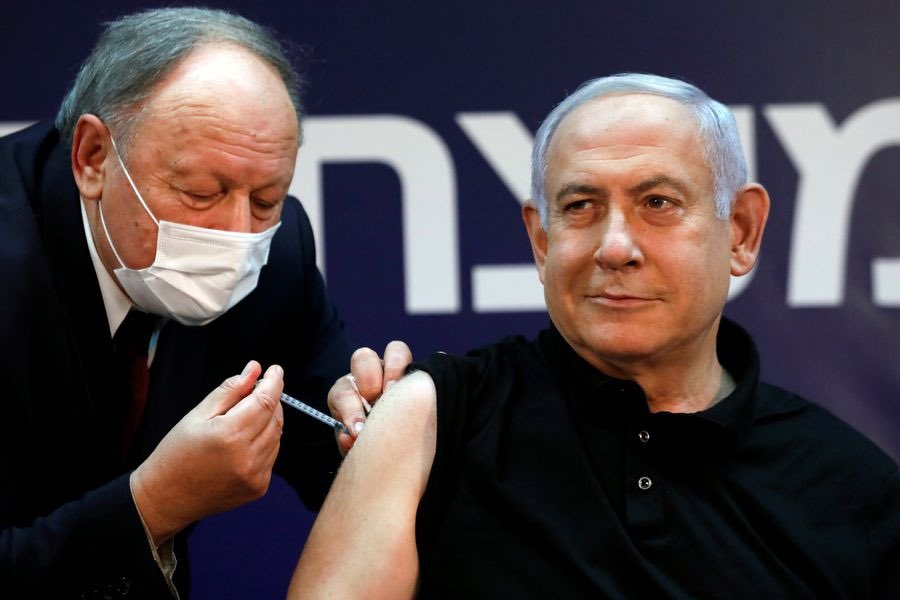 Israeli Prime Minister Benjamin Netanyahu was vaccinated against the coronavirus on live television Saturday, becoming the first Israeli and one of the world's leaders to be inoculated.

Israel is set to begin vaccinating its health workers and nursing home residents beginning Sunday. Netanyahu said he wanted to be the country's first recipient to set a “personal example” and to encourage Israelis to get the shot.

He called it an “exciting moment” that put Israel on the path to returning to its normal routines.

The event also gave Netanyahu a political boost as the country appears to be heading to its fourth election in just two years.

Netanyahu's coalition government with his rival, Benny Gantz, has been plagued by paralysis and dysfunction since taking office in May and will automatically collapse on Tuesday if it cannot get a budget passed. That would trigger a new election three months from now.

Netanyahu planned to hold a news conference later Saturday after a half-hour period to monitor him for possible allergic reactions to the vaccine.