The Senate vote, where Renzi's party has 18 members, is expected to be decisive. 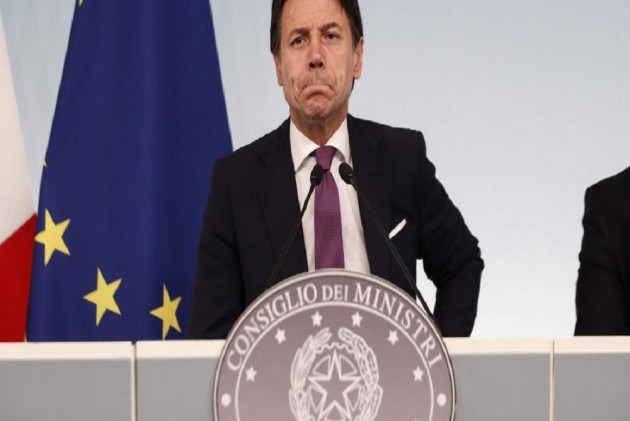 Italian Premier Giuseppe Conte was fighting for his political life Monday with an address to the lower chamber of Parliament that aims to shore up support for his government, which has come under fire from an ally over plans to relaunch the country's pandemic-ravaged economy.

Renzi has faced harsh criticism for the power play during a pandemic, but with billions of European Union pandemic funds expected to flow into the country, but he has defended the move as necessary to prevent Conte from amassing too much power.

Conte will address the lower house on Monday and the Senate on Tuesday.

Each speech will be followed by a voice vote that is tantamount to a confidence vote.

The Senate vote, where Renzi's party has 18 members, is expected to be decisive.

Conte, a lawyer by training hailed for his mediation skills, was tapped by Italy's 5-Star Movement to run the government after the indecisive 2018 election led to a governing coalition of the 5-Stars with a right-wing group led by League party leader Matteo Salvini.

That government fell when Salvini, then interior minister, mounted a failed power grab.

Conte was able to form a new government with the support of the left-wing Democratic Party, which then included Renzi, a former Italian premier.

Renzi later defected from the party he once ran, giving himself the ability to shake up the government by deploying local ministers.

While Conte enjoyed support during the first phase of the pandemic, which hit Italy like a tsunami after emerging from China, he has come under criticism for making decisions and policy without consulting Parliament, something he has made some effort to amend.

Renzi acted after Conte unveiled a plan to manage the EU recovery funds himself, which was widely seen as accumulating too much power.