Stromboli is part of the seven-island Eolian Archipelago just off Sicily in southern Italy. 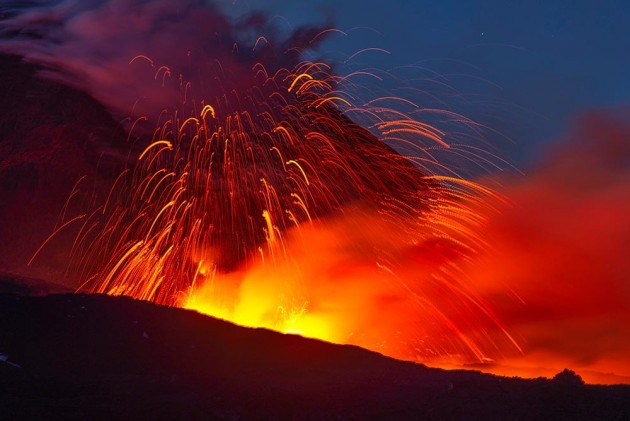 A volcano on the Italian island of Stromboli erupted dramatically on Wednesday, reportedly killing a hiker, and sending tourists fleeing.

The volcano is known to be active, but on Wednesday there was a particularly powerful eruption.

Italian media reported that a hiker had been killed and their partner injued, but firefighters could not immediately confirm any casualties.

"It was like being in hell because of the rain of fire coming from the sky," Italian news agencies quoted local priest Giovanni Longo as saying.

He said it was not known if there were any hikers on the volcano at the time of the eruption, which caused fires around the village of Ginostra.

Italian media reported that some tourists had fled into the sea after the eruption, while others had barricaded themselves into homes.

Italy's National Institute of Geophysics and Volcanology (INGV) said, there were two huge explosions on the central-southern side of the volcano's crater at around 1446 GMT Wednesday.

The explosions were preceded by lava spills "from all the active mouths of the crater terrace," the INGV said, prompting a two-kilometre high plume of smoke.

A firefighting plane could not put out fires in the area because of the amount of smoke, Italian media reported.

The INGV said it was monitoring the situation.

Stromboli is part of the seven-island Eolian Archipelago just off Sicily in southern Italy.