Jaishankar Hits Out At China, Pakistan At Tashkent Conference

The minister did not name either China or Pakistan nor did he refer to the PoK projects, but the reference was obvious. 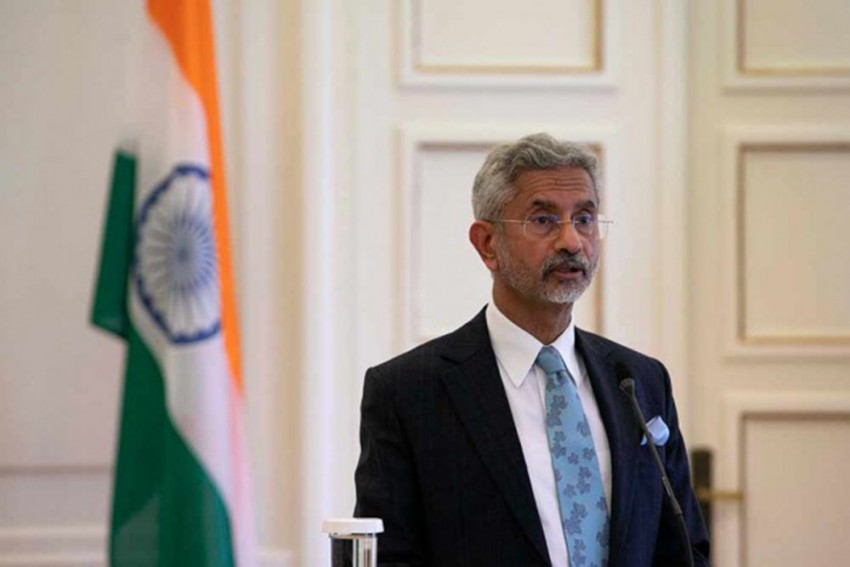 India’s foreign minister Subramanyam Jaishankar hit out at China and Pakistan for not respecting India’s sovereignty while building infrastructure for the China-Pakistan Economic Corridor. The minister did not name either China or Pakistan nor did he refer to the PoK projects, but the reference was obvious.

“... at the end of the day, building connectivity is an act of trust and must, at the minimum, conform to international law. Respecting sovereignty and territorial integrity are the most basic principles of international relations,’’ the minister said. India has protested several times about the CPEC projects in PoK, which New Delhi claims as its own. The issue of sovereignty was raised several times by India in the past. “…that connectivity must conform to international law, in the sense of respecting the sovereignty and integrity’’ is a must said Jaishankar, speaking at the conference on infrastructure hosted by Uzbekistan.

The minister said India welcomed Uzbekistan’s initiative in organising the conference. He pointed out that connectivity within and between Central and South Asia is rooted in history. India’s focus in the last few years, was to rebuild links that were usually abandoned in the colonial period. India was keen on connectivity and the government of Prime Minister Narendra Modi has been working for regional connectivity.  “We have progressed in the Indian Sub-continent and eastwards to the Indo-Pacific. Our horizons extend from Vladivostok to the Gulf and East Africa. However, the challenges towards Central-Asia and Eurasia remain to the addressed.’’

Connectivity is the new mantra in international diplomacy. Ever since China launched its ambitious Belt and Road initiative to re-work the ancient silk route, infrastructure development is a big-ticket item across the world. President Xi Jinping’s silk route diplomacy is regarded by India and most of the Western world as an attempt to project Beijing’s growing economic and political power not just in Asia but in Europe and Africa as well. Despite widespread criticism of China for landing those who opt for the BRI in a debt trap, the fact remains that Beijing is far ahead of the others in helping developing nations build their infrastructure. America, Japan, Europe, and India are playing catch-up.

The Indian minister seemed to be in a particularly aggressive mood against both China and Pakistan, though no names were taken. The meeting between Jaishankar and Wang Yi in Dushanbe did not go particularly well yesterday. Perhaps his sharp tone was a result of that unproductive meeting. “The real issues are of mindsets, not of disputes. Blocking connectivity in practice while professing support in principle benefits no one. A one-sided view of trade rights and obligations can never work. No serious connectivity can ever be a one-way street,’’ Jaishankar said, hitting out at both China and Pakistan.

By insisting that connectivity efforts must be based on economic viability and financial responsibility, he was echoing the general view of China’s BRI projects. He said connectivity “… should promote economic activity and not create debt burdens.’’ He called for attention to the environment, technology transfer, and transparency.

The minister said that since 2016, India had taken steps to operationalise Iran’s Chabahar port. The work had been more or less halted, thanks to the crippling sanctions slapped by the US on Iran. During the last years of the Obama administration, the nuclear agreement with Iran had led to renewed interest in the project. However, under Trump, America walked out of the pact. But Chabahar was spared from sanctions as it was designed to help trade and economic activity in Afghanistan. Jaishankar said that the Chabahar port provided a “secure, viable and unhindered access to the sea for Central Asian countries.’’

The conference is taking place at a time when Taliban forces in neighbouring Afghanistan are wrestling more and more territory from government forces. The situation in Afghanistan is in the mind of regional powers. Jaishankar met with President Ashraf Ghani who is also in Tashkent.