The two Foreign ministers of India and Australia held talks on Saturday ahead of the inaugural 'two-plus-two' ministerial dialogue between both the countries. 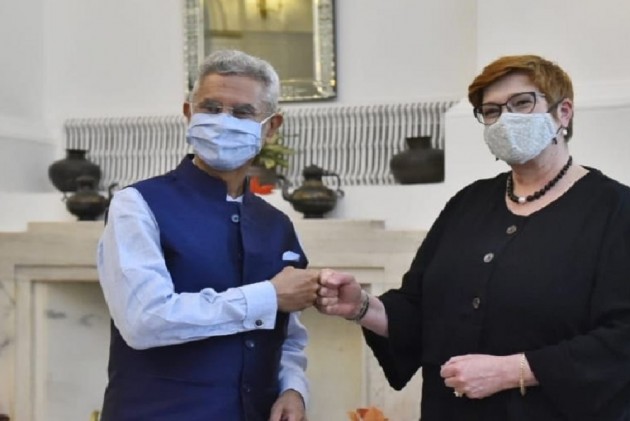 Foreign ministers of India and Australia, S Jaishankar and Marise Payne  held talks on Saturday ahead of the inaugural 'two-plus-two' ministerial dialogue between both the countries.

It is learnt that the developments in Afghanistan and ways to further strengthen cooperation in the Indo-Pacific figured are  in the talks between the two foreign ministers.

"Delighted to welcome my good friend FM @MarisePayne of Australia.

Delighted to welcome my good friend FM @MarisePayne of Australia.

We now start our discussions. pic.twitter.com/jhI6mwhybM

The Indian delegation at the talks will be led by Defence Minister Rajnath Singh and Jaishankar.

The two defence ministers on Friday discussed the fragile security situation in Afghanistan and their "common concerns" relating possible spread of terrorism from Taliban-ruled Afghanistan.

The defence and military cooperation between India and Australia is on an upswing in the last few years.

In June last year, India and Australia elevated their ties to a comprehensive strategic partnership and signed a landmark deal for reciprocal access to military bases for logistics support during an online summit between Prime Minister Narendra Modi and his Australian counterpart Scott Morrison.

The Australian Navy was part of the recent Malabar naval exercise that also featured the navies of India, the US and Japan.