After reports of the Omicron variant of Covid-19 spreading through parts of the world, Japan will restore border controls that it eased earlier this month for short-term business visitors, foreign students and workers. 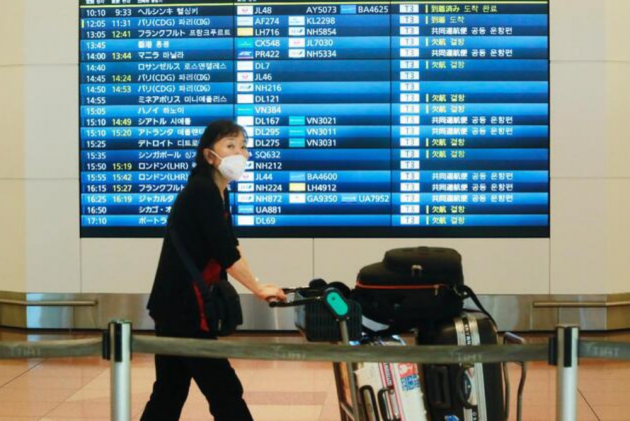 Japan announced Monday it will suspend entry of all foreign visitors from around the world as a new coronavirus variant spreads.

The decision means Japan will restore border controls that it eased earlier this month for short-term business visitors, foreign students and workers.

Over the weekend, Japan tightened entry restrictions for people arriving from South Africa and eight other countries, requiring them to undergo a 10-day quarantine period at government-designated facilities.

Many countries have moved to tighten their borders after the new omicron variant of the coronavirus was found in a number of nations.

The variant was identified days ago by researchers in South Africa, and much is still not known about it, including whether it is more contagious, more likely to cause serious illness or more able to evade the protection of vaccines. But many countries rushed to act, reflecting anxiety about anything that could prolong the pandemic that has killed more than 5 million people.

Israel decided to bar entry to foreigners, and Morocco said it would suspend all incoming flights for two weeks starting Monday — among the most drastic of a growing raft of travel curbs being imposed by nations around the world as they scrambled to slow the variant's spread.

Scientists in several places — from Hong Kong to Europe to North America — have confirmed its presence. The Netherlands reported 13 omicron cases on Sunday, and both Canada and Australia each found two.

Noting that the variant has already been detected in many countries and that closing borders often has limited effect, the World Health Organization called for frontiers to remain open.