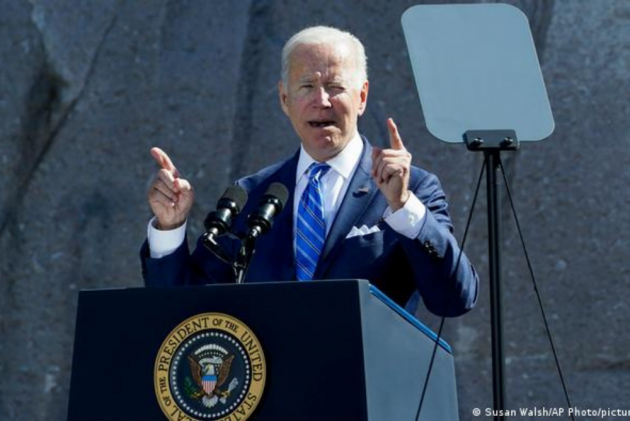 President Joe Biden said on Thursday that the United States has a "commitment" to defend Taiwan as the island faces growing military and political pressure from Beijing.

Biden was asked at a town hall event hosted by CNN whether the US would come to the defense of Taiwan, which China claims as its own.

"Yes, we have a commitment to do that," he replied, in what appeared to be a break with a longstanding US policy on Taiwan.

While Washington is required by law to provide Taiwan with the means to defend itself, it has long followed a policy of "strategic ambiguity" on whether it would intervene militarily in the event of a Chinese attack.

"China, Russia, and the rest of the world knows we're the most powerful military in the history of the world," Biden said, as he jumped to the defense of the US' credentials.

"What you do have to worry about is whether or not they're going to engage in activities that would put them in a position where they may make a serious mistake," Biden said.

The White House later clarified there was no change in policy, reiterating a similar statement by a US official in August 2021.

"The US defense relationship with Taiwan is guided by the Taiwan Relations Act," a White House spokesperson said.