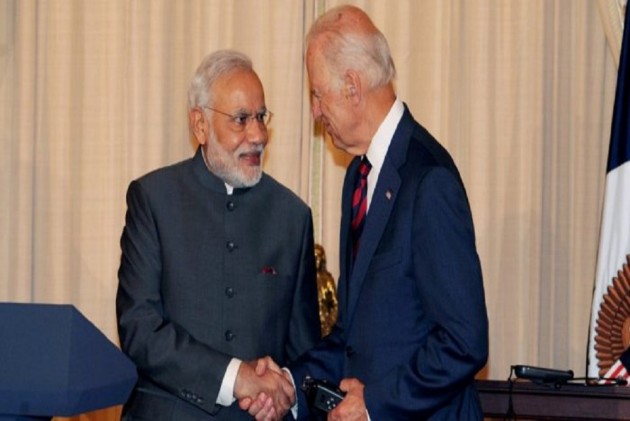 US President-elect Joe Biden was an early supporter of the India-US relationship and his administration will continue to prioritise the defence and security partnership with New Delhi, a key area which has progressed during Donald Trump's tenure as President, a senior official from the Barack Obama-era administration has said.

The US media has projected Biden, a Democrat, as the winner of the 2020 presidential election held on November 3. However, incumbent President Trump, a Republican, is yet to concede defeat, vowing to mount legal fights in several key battleground states. There is much speculation on how the India-US relationship will shape during Biden's time in the White House.

“Based on the priorities articulated already by President-elect Biden, I would anticipate that the Biden-Harris administration will continue to place a high priority on the defence and security relationship with India, the major area that has advanced during the Trump administration,” Alyssa Ayres, senior fellow for India, Pakistan, and South Asia at the Council on Foreign Relations (CFR) told PTI.

Author of 'Our Time Has Come: How India is Making Its Place in the World,' Ayres had served as deputy assistant secretary of state for South Asia from 2010 to 2013.

Former Vice President Biden was an early supporter of the US-India relationship, she said, adding that the president-elect, 15 years ago, viewed the US and India as "the two closest nations in the world".

Biden had even championed the civil nuclear agreement with India in Congress, Ayres recalled.

"I've seen a lot of attention in the Indian media to the question of whether President-elect Biden will criticise India on questions of democracy and human rights -- he has stated that he has concerns, and given his decades of diplomatic experience would be likely to convey his views privately -- but I've seen little on the question of climate change and clean energy," Ayres said in response to a question.

Ayres expects clean energy and climate cooperation to return to the forefront of the agenda during the Biden administration as was the case during Barrack Obama's term.

“We can see the catastrophic effects of climate change before us. Our country is on fire, and our coasts regularly hit by hurricanes, while India battles floods, drought, and extreme weather events; and we cannot solve this without dramatically scaling up clean energy,” she said.

“India has emerged as a global leader in solar (power) and it will be in all of our collective interest to renew cooperation on this area (which) the Trump administration set aside,” Ayres said.

Originally trained as a cultural historian, Ayres has carried out research in India-Pakistan geopolitics. Before serving in the Obama administration, Ayres was founding director of India and South Asia practise at McLarty Associates, a Washington-based international strategic advisory firm, from 2008 to 2010.

From 2007 to 2008, she served as special assistant to the undersecretary of state for political affairs as a CFR international affairs fellow.

Prior to that, she worked in the non-profit sector at the University of Pennsylvania's Center for the Advanced Study of India and at the Asia Society in New York.