Former President Donald Trump was the first president in over a century to not have a pet in office. 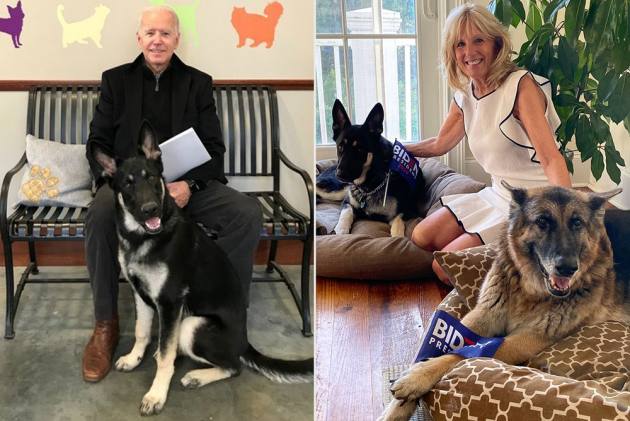 The patter of paws is being heard in the White House again following the arrival of President Joe Biden's dogs Champ and Major. Since the Obama administration, the two German shepherds are the first pets to live at the executive mansion. Former President Donald Trump was the first president in over a century to not have a pet in office.

Who are Major and Champ?

Major and Champ are the Bidens’ German Shephards who are being referred to as ‘First Dogs’ and ‘DOTUS’ by social media users, a play on the acronym ‘POTUS’, which stands for President of the United States. Major is two years old and Champ is 12 years old.

The Bidens adopted Major in 2018 from the Delaware Humane Association. Champ joined the family after the 2008 presidential election that made Joe Biden vice president.

Major is the first shelter dog to ever live in the White House and “barking proof that every dog can live the American dream," the association said.

The Bidens had promised to bring the dogs with them to the White House. They plan to add a cat, though no update on the feline's arrival was shared on Monday.

Significance of presidential pets just like they do for ordinary people, pets owned by the most powerful people in the world provide their owners with comfort, entertainment, occasional drama and generally good PR.

“Pets have played an important role in the White House throughout the decades, not only by providing companionship to the presidents and their families but also by humanizing and softening their political images,” said Jennifer Pickens, author of a book about pets at the White House.

Pets also serve as ambassadors to the White House, she said.

Pickens added that she hoped the Bidens' decision to bring a rescue dog to the White House might inspire others to adopt.

President Theodore Roosevelt had Skip, who is described by the White House Historical Association as a “short-legged Black and Tan mongrel terrier brought home from a Colorado bear hunt.” Warren G. Harding had Laddie Boy, who sat in on meetings and had his own Cabinet chair.

President Franklin Delano Roosevelt had his beloved terrier Fala. At night, Fala slept in a special chair at the foot of the president's bed.

More recently, George HW Bush's English springer spaniel Millie was featured on “The Simpsons” and starred in a bestseller, “Millie's Book: As dictated to Barbara Bush.”

President Harry Truman famously said that “If you want a friend in Washington, get a dog” — and many successors have followed Truman's advice.

The first President Bush once said, “There is nothing like the unconditional love of a dog to help you get through the rough spots.