Journalist Arrested For Publishing Fake Information On Polls In Bangladesh

A journalist has been arrested by the Bangladesh police under the controversial anti-propaganda law and they are looking for another one on allegations of publishing fake information about the elections held at the weekend. 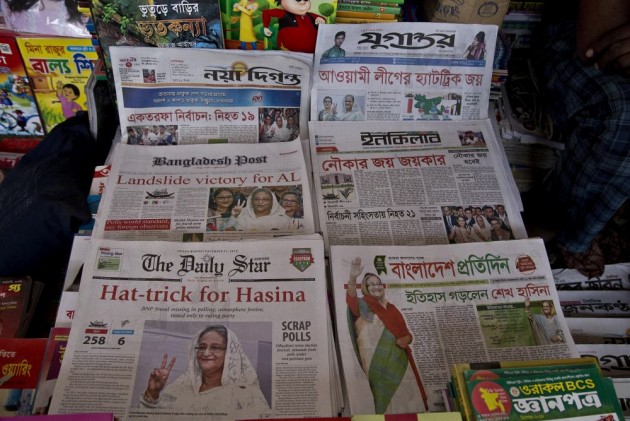 A journalist has been arrested by the Bangladesh police under the controversial anti-propaganda law. The police are looking for another one on allegations of publishing "fake" information about the elections held at the weekend, officials said on Wednesday.

Journalist Hedayet Hossain Mollah, a Dhaka Tribune and Bangla Tribune correspondent, was arrested on Tuesday evening in Khulna district after local administration chief filed a case against him, the officer-in-charge of the local police, Mahbubur Rahman, told Efe news.

"He gave fake information about the election. He reported 22,419 more votes were cast than the total numbers of the vote in Khulna-1 constituency... This serious misinformation put us in an embarrassing situation," said Rahman.

The Khulna administration chief also filed a case against Bengali newspaper Manab Zamin's correspondent Rashidul Islam, who is currently on the run.

Both had cases filed against them under the controversial Digital Security Act, which provides jail sentences for publishing "propaganda" against the state and "spreading rumours" and also has provisions of life imprisonment for revealing state secrets and publishing "false or distorted" information.

The law, enacted in September has been criticized by media workers, who believe that it puts freedom of the press and expression at risk. It came into effect just three months before the Bangladesh general election.