Assange, who denies the charges, has avoided extradition to Sweden for seven years after seeking refuge at the Ecuadorean embassy in London in 2012. 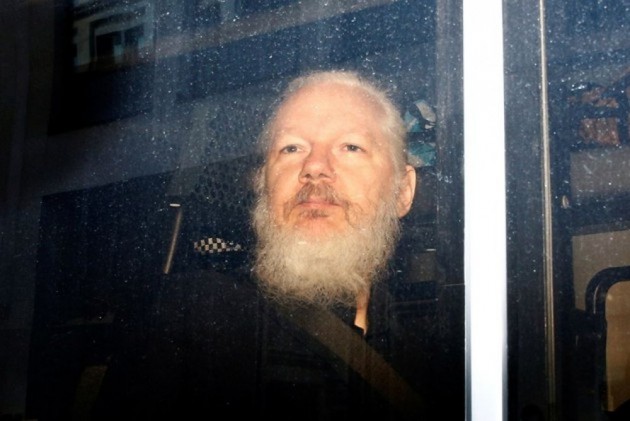 Swedish prosecutors on Monday will announce whether they are considering on reopening a probe into a rape allegation, against WikiLeaks co-founder, Julian Assange, who is currently lodged at a high-security jail in the UK.

Assange, who denies the charges, has avoided extradition to Sweden for seven years after seeking refuge at the Ecuadorean embassy in London in 2012. But the 47-year-old was evicted last month and sentenced to 50 weeks in jail for breaching his bail conditions, the BBC reported.

On Monday, Sweden's Deputy Director of Public Prosecutions, Eva-Marie Persson, will announce her decision on whether to revisit the sexual assault investigation after it was dropped two years ago.

Swedish prosecutors said at the time they felt they were unable to take the case forward, while Assange was inside the Ecuadorean embassy.

However, the woman who made the allegation now wants the case reopened, and since Assange's arrest last month, Swedish prosecutors have been considering their options.

Under Swedish law, they have until next year to pursue the case. If they do re-open the investigation, it is likely to raise the question of which extradition request should take precedence, that of Sweden or the US.

The US also wants to extradite Assange from the UK over the Australian-born conspiracy to commit computer intrusion.

He is accused of participating in one of the largest ever leaks of government secrets, which could result in a prison term of up to five years.

After his dramatic arrest last month, he was taken to Westminster Magistrates' Court and found guilty of a British charge of breaching bail. He is currently being held at Belmarsh prison in London.

The US has called for his right to a fair trial to be respected during any extradition process.