The election campaign in Canada was a bitter one as Trudeau's government was marred with two serious scandals. 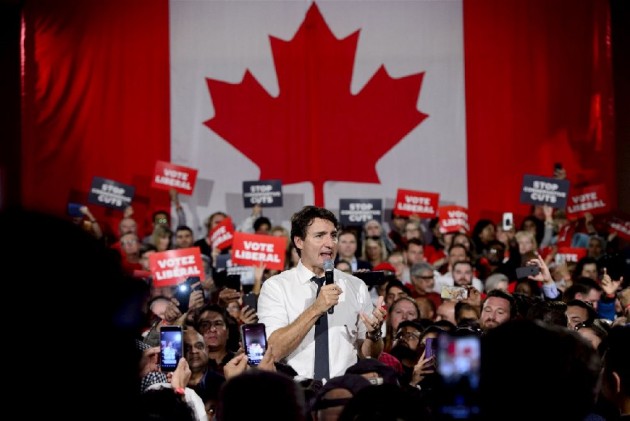 Despite some early losses in Canada's eastern provinces, Justin Trudeau's Liberal Party is expected to retain power but as a minority government, projections by Canada's national broadcaster CBC suggested.

The Liberal Party is expected to get a second term by claiming the most seats in the parliament. The projected victory also ensures that Trudeau will serve as Prime Minister for a second term.

The elections were fought over more than 300 parliamentary seats with health care, the climate crisis and the cost of living among top voters' issues.

Broadcasters TVA, CTV and CBC declared the Liberals would form a minority government as the party was elected or leading in 145 of the 338 electoral districts, versus 107 for Andrew Scheer and the Conservatives, according to preliminary results.

Trudeau dominated Canadian politics over the four years of his first term, but faced a grilling during the 40-day election campaign, described as the nastiest in Canadian history.

Trudeau was sworn in as Canadian PM in November 2015.

The election campaign in Canada was a bitter one as Trudeau's government was marred with two serious scandals. One of the scandals involved photos of Trudeau wearing blackface and brownface. Another scandal to hit the campaign was PM's interference with federal prosecution.