Discussion appeared to focus on how a Taliban-dominated government would respond to rights gained over the last 20 years. 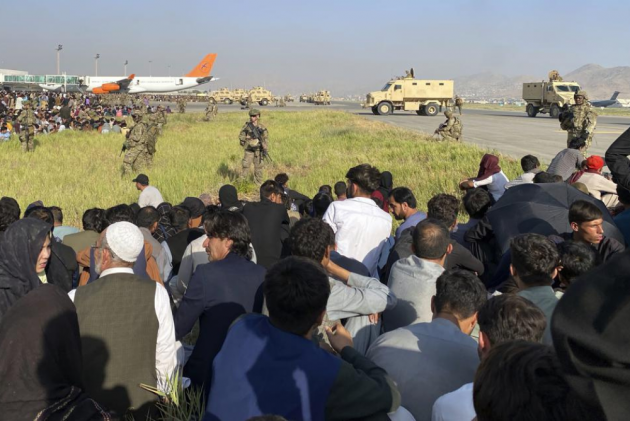 Talks to expand a future Afghan government beyond only Taliban members are continuing in Kabul.

Officials close to the discussions on Tuesday are hoping for “some good news” within a day or two. They spoke on condition of anonymity because until now no one wanted details of negotiations released to the media.

At least one round of the talks went through the night. Discussion appeared to focus on how a Taliban-dominated government would respond to rights gained over the last 20 years.

The announcements of general amnesty and urging women to return to work appeared to indicate progress may have been made.

Muttaqi, a former higher education minister when the Taliban last ruled, began making contacts with Afghan political leaders even before President Ashraf Ghani secretly slipped away from the Presidential Palace on the weekend. Ghani's departure left a devastating vacuum that Taliban who were surrounding the city strode in to fill.

Muttaqi had reached out to U.S-allied warlords prior to Kabul's collapse seemingly starting the process of greater inclusivity in their government.

The talks underway are aimed at bringing other non-Taliban leaders into the government, which Taliban spokesman Suhail Shaheen earlier said would be an “inclusive Afghan government.”

Shaheen earlier told The AP a government will be announced after negotiations were completed. (AP)