The Havana Syndrome is the name for a rash of mysterious health incidents first reported by American diplomats and other government employees in the Cuba capital beginning in 2016. 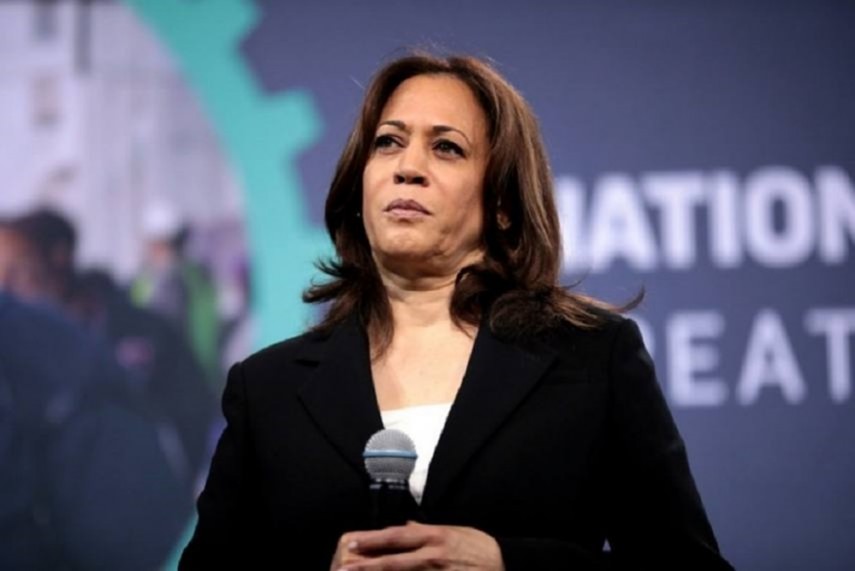 US Vice President Kamala Harris' trip from Singapore to Vietnam was delayed several hours by an investigation into two possible cases of the so-called Havana Syndrome in Hanoi, administration officials said.

The investigation Tuesday was in its early stages and officials deemed it safe for Harris to make her scheduled stop in Vietnam, which is part of her trip across Asia meant to reassure allies about American foreign policy amid the tumultuous evacuation of US forces from Afghanistan.

The Havana Syndrome is the name for a rash of mysterious health incidents first reported by American diplomats and other government employees in the Cuba capital beginning in 2016.

US officials had not yet confirmed the latest reported case, and it did not involve anyone travelling with Harris, Psaki said. In light of the reports, “there was an assessment done of the safety of the vice president, and there was a decision made that she could continue travel along with her staff,” Psaki said.

There have been two separate cases of unexplained health incidents reported by US personnel in Vietnam within the past week, the officials said.

It was not immediately clear who was impacted by the syndrome, though officials said it was not someone who worked for the vice president or the White House, according to the officials, who were not authorised to speak publicly about an ongoing investigation.

The US Embassy in Hanoi issued a statement saying the delay was because Harris’ office learned about a report of a “recent possible anomalous health incident” in the Vietnamese capital. The embassy provided no details, but said Harris’ office decided to travel to Hanoi “after careful assessment”.

The US government uses “anomalous health incident” to describe the syndrome. Some of those impacted report hearing a loud piercing sound and feeling intense pressure in the face. Pain, nausea, and dizziness sometimes followed.

Similar, unexplained health ailments have since been reported by Americans serving in other countries, including Germany, Austria, Russia and China. A variety of theories have been floated to explain the incidents, including targeted microwaves or sonic attack, perhaps as part of an espionage or hacking effort.

Particularly alarming are revelations of at least two possible incidents in the Washington area, including one case near the White House in November in which an official reported dizziness. Administration officials have speculated that Russia may be involved, a suggestion Moscow has denied.

Harris was set to depart for Hanoi on Tuesday evening after delivering a speech in Singapore, castigating China for its incursions into the South China Sea, and a discussion of supply chain issues with business leaders.

But the flight was delayed for more than three hours and Symone Sanders, Harris’ chief spokesperson, refused to explain. Unprompted, Sanders volunteered that Harris was “well” although reporters had seen the vice president several times Tuesday and had no reason to be concerned about her health.

Congress has raised alarms over such attacks, finding rare bipartisan support in House and Senate for continued government-wide investigation into the syndrome, response as well as millions in support for American personnel medical monitoring and treatment.

The Biden administration is facing new pressure to resolve the mystery as the number of reported cases of possible attack has sharply grown. But scientists and government officials aren’t yet certain about who might have been behind any attacks, if the symptoms could have been caused inadvertently by surveillance equipment — or if the incidents were actually attacks.

Whatever an official review concludes could have enormous consequences. Confirmation that a US adversary has been conducting damaging attacks against US personnel would unleash calls for a forceful response by the United States.

For now, the administration is providing assurances that it takes the matter seriously, is investigating aggressively and will make sure those affected have good medical care.

One key analysis identified “directed, pulsed radio frequency energy” as the most plausible culprit. Published in December by the National Academy of Sciences, the report said a radio frequency attack could alter brain function without causing “gross structural damage”.

But the panel could not make a definitive finding on how US personnel may have been hit.

And a declassified 2018 State Department report cited “a lack of senior leadership, ineffective communications, and systemic disorganisation” in responding to the Havana cases. The report says the cause of the injuries was “currently unknown”. The document was published by George Washington University’s National Security Archive.

Chris Miller, the acting defence secretary during the last months of the Trump administration, created a Pentagon team to investigate the suspected attacks. That was after he met a soldier late last year who described how, while serving in a country Miller wouldn’t identify, he had heard a “shrieking” sound and then had a splitting headache.