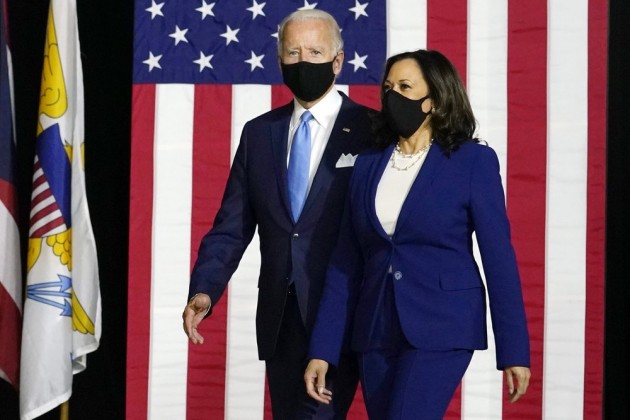 US President Donald Trump has slammed the "rhetoric" against the coronavirus vaccine by Democratic presidential candidate Joe Biden and running mate Senator Kamala Harris, who he said would "never" be the president.

Trump was apparently responding to a CNN interview by Harris on Sunday, in which the vice-presidential nominee said she would not trust the president unless there was a credible source of information that talks about the vaccine's efficacy and reliability.

"She (Harris) is talking about disparaging a vaccine so that people don't think the achievement was a great achievement," Trump said at a Labor Day press conference at the White House on Monday.

"I don't want the achievement for myself. I want something (that's) going to make people better, that people aren't going to get sick with," he said. "That includes therapeutics, where we're doing equally as well."

The president asserted that a coronavirus vaccine would be available in a record time, maybe by the end of the year and even before the November 3 presidential election. This, he said, had unnerved his political opponents.

Biden and Harris "should immediately apologise for the reckless anti-vaccine rhetoric that they are talking right now, talking about endangering lives," Trump said.

In response to a question, Trump said: "I watched Kamala's whole numbers drop from 15 to almost zero (during the Democratic primary) and then drop out even before she ran in Iowa (primary elections) because people didn't like it. And I understand why she will never be president," Trump said.

Trump asserted that the vaccine -- which could have normally taken two-three years -- would be in the market before the end of the year.

"(We) could even have it during the month of October. Contrary to all of the lies, the vaccine will be very safe and very effective, and it will be delivered very soon," he said.