The Kartarpur Sahib Corridor linking Dera Baba Sahib in Gurdaspur in India and Gurdwara Kartarpur Sahib in Pakistan will be thrown open on Saturday, in a historic people-to-people initiative sparking a glimmer of hope for improvement in ties between the two countries. 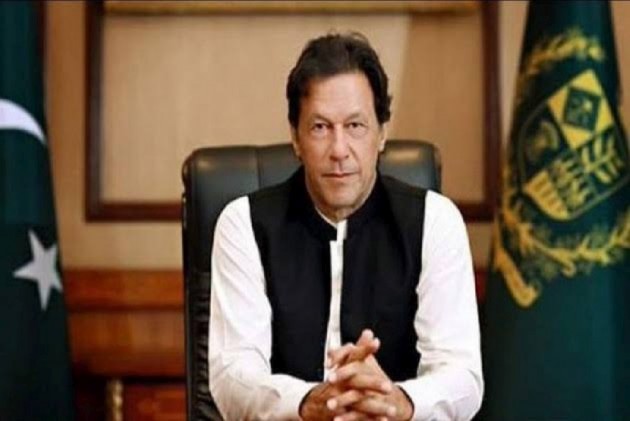 The opening of the historic Kartarpur Sahib Corridor is a testimony to Pakistan's commitment to regional peace, Prime Minister Imran Khan said on Saturday as he congratulated the Sikh community on the 550th birth anniversary of Baba Guru Nanak Dev, the founder of Sikhism.

The Kartarpur Sahib Corridor linking Dera Baba Sahib in Gurdaspur in India and Gurdwara Kartarpur Sahib in Pakistan will be thrown open on Saturday, in a historic people-to-people initiative sparking a glimmer of hope for improvement in ties between the two countries.

The Gurudwara Kartarpur Sahib is located across the Ravi river in Pakistan and is about four kilometres from the Dera Baba Nanak shrine in Gurdaspur district of Punjab.

In his message on the occasion of Kartarpur Sahib Corridor's opening, the Prime Minister said, "we believe that the road to prosperity of region and bright future of our coming generation lies in peace," state-run Radio Pakistan quoted him as saying.

"Today we are not only opening the border, but also our hearts for the Sikh community," he said.

Prime minister Khan said the unprecedented gesture of goodwill from his government was a reflection of its deep respect for Baba Guru Nanak Dev and religious sentiments of the Sikh community.

Khan congratulated the Sikh community on both sides of the border and the world over on the historic day, the report said.

Pakistan believes that interfaith harmony and peaceful coexistence would provide an opportunity to work for larger interests of the people of the sub-continent, he said.

Muslims have a great understanding of the sanctity and prestige of religious sites and places of worship, he said.

Sikh pilgrims from India have arrived at the Zero Point for immigration to attend the inauguration of the much-awaited Kartarpur Corridor on Saturday.

The requirement of passport and the USD 20 service fee have been waived for Saturday and for November 12 by Pakistan, it said.

Separate events have been organised on both sides of the border to launch the much-awaited corridor ahead of Sikhism founder Guru Nanak's 550th birth anniversary on November 12.

The inauguration of the corridor comes in the midst of frayed ties between India and Pakistan following New Delhi's decision in August to withdraw Jammu and Kashmir's special status and bifurcate it into two Union Territories.

Notwithstanding a chill in bilateral ties over Kashmir, India, and Pakistan after tough negotiations signed an agreement last month, paving the way for the inauguration of the Kartarpur corridor on November 9.