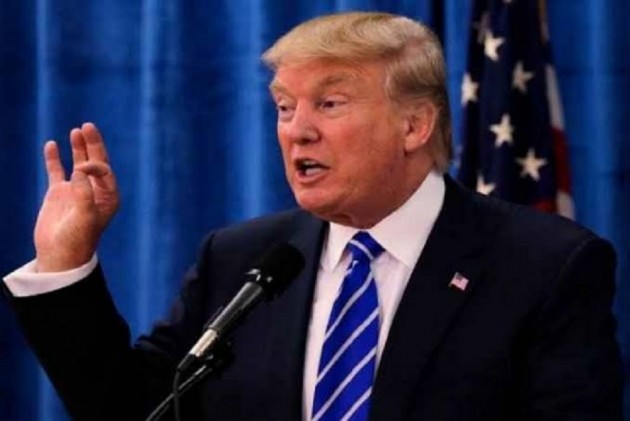 US President Donald Trump on Tuesday said he believes North Korean leader Kim Jong Un will stick to his commitments on denuclearization, even as the strongman threatened a
"new strategic weapon."

"We did sign a contract, talking about denuclearization. That was the number one sentence, 'denuclearization', that was done in Singapore. I think he's a man of his word," a tuxedo-wearing Trump told reporters before heading into New Year festivities at his holiday retreat in Florida.

The president was referring to a 2018 historic summit he held with Kim in Singapore. The two adopted a vaguely worded statement on "complete denuclearisation of the Korean peninsula" and agreed to "establish new US-DPRK relations".

But the failure to reach an agreement over sanctions relief and what the North was willing to give up in return led to the collapse of the leaders' second summit in February in Hanoi.

The North had set a year-end deadline for Washington to offer fresh concessions on sanctions, but they failed to materialize.

On Wednesday, North Korea's state media reported that Kim had declared an end to moratoriums on nuclear and intercontinental ballistic missile tests and threatened a demonstration of a "new strategic weapon" soon.

In Florida Trump repeated his previous comments that he and Kim "like" each other and have a very good relationship.

"He is representing his country. We will do what we have to do," Trump said.