By the grim metric of fatalities in the first 10 years of a dictator’s rule, Kim Jong Un has yet to match the records set by his grandfather, Kim Il Sung, or father, Kim Jong Il. 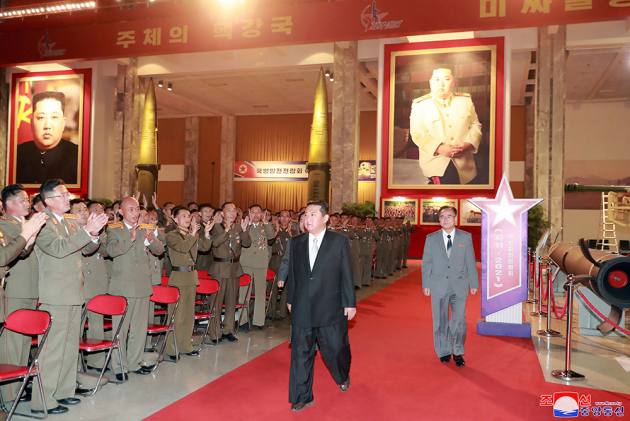 For now, the number of people Kim Jong Un has personally ordered killed – such as his uncle in 2013 and half-brother in 2017 – is likely to number in the hundreds.

But his decade in power, which began after his father’s death on Dec. 17, 2011, has proved a disaster for people living in the communist nation.

The isolationist state has become even more so, as the northern border to China closed during the coronavirus pandemic – cutting off an escape route for those desperate to flee. Meanwhile, food insecurity means that “an entire generation of children” are undernourished, as the United Nations has reported.

Concrete numbers of how many have died from starvation and malnourishment-related conditions such as diarrhea and pneumonia under Kim are difficult to come by.

But as a scholar of Korean history, I believe the young dictator – who turns 38 next January – has the capacity to surpass even the ghastly death tolls of his two familial predecessors.

Kim Jong Un’s first decade in power has seen a continuation of the deadly repression and failed policies that have kept North Koreans living in fear and under the threat of starvation for the last 70 years.

The Korean War that the current leader’s grandfather started in 1950, just two years after founding North Korea, claimed upwards of 4 million lives – most were North Korean civilians killed by the United Nations coalition that came to defend South Korea.

Once his campaign to take South Korea by force was thwarted by the 1953 armistice, Kim Il Sung turned to purging pro-Soviet and pro-Chinese party officials who had dared to criticize him. The North Korean leader went on a killing spree in which thousands of party officials were killed or expelled from the Workers’ Party of Korea.

His son, Kim Jong Il, inherited power in July 1994 and oversaw a devastating famine in which upwards of 2 million people starved to death.

But instead of buying food, Kim Jong Il sought aid, most of which he diverted to North Korea’s military. At the height of the famine in 1997, the U.S. State Department estimated North Korea’s military budget as USD 6 billion. During those dark times, Kim spent over a billion dollars a year on his missile programs alone and over USD 600 million on luxury goods imports.

He also managed to eke out enough money to build an estimated USD 800 million mausoleum for his dead father – one in which he himself was entombed in December 2011 after succumbing to a suspected heart attack.

Had he spent just USD 200 million of his wealth each year on grain and distributed it fairly, no one would have died. Instead, as the 2014 U.N. Commission of Inquiry Report on Human Rights in North Korea alleges, Kim Jong Il committed the “inhumane act of knowingly causing prolonged starvation.”

The same claim could be made against Kim Jong Un during his decade in power. Faminelike conditions have been observed in the mid-2010s and have resurfaced during the pandemic.

Even before Kim sealed the border with China in January 2020, North Korea recorded food shortages of around 1.36 million metric tons in 2018 and 2019. His solution has been to rely on aid and, in October, telling his people to eat less until 2025.

Meanwhile, during his 10 years in power, Kim has diverted around a quarter of North Korea’s GDP toward the military.

And under Kim Jong Un it has only become harder for North Koreans to escape chronic hunger. During the famine in the 1990s, many North Korean people were able to escape to China in search of food, despite attempts by Kim Jong Il to block them.

In the first year of Kim Jong Un’s rule, the number of escapees who made their way to South Korea dropped in half from the previous year to approximately 1,500.

And in the past nearly two years of lockdown under Kim, border-crossing has become far more difficult. In 2021, the number is expected to be well below 100.

When Kim came to power in December 2011, I predicted his rule would be marked neither by reform nor power-sharing but extreme internal repression and strategic threats against neighbours.

Sadly, these projections have been proved right. The past decade has seen a continuation of the atrocious human rights record of Kim’s predecessors and a great leap forward on the despotic dynasty’s missile programmes.

North Korea has fired off over 130 missiles over the last 10 years, punctuated by three intercontinental ballistic missile blasts in 2017. Of the four nuclear tests, the last in 2017, was a thermonuclear bomb.

These lethal weapons are custom made for threatening the U.S. with a nuclear war while Kim dangles the possibility of peace, thus compelling Washington to withdraw U.S. troops and strategic weapons from South Korea – as Kim’s sister, Kim Yo Jong, called for in August.

Kim Jong Un’s apparent goal is to render Washington’s longtime non-nuclear ally, Seoul, vulnerable to his nuclear-armed state bent on completing its “supreme national task” of completing the “great Juche Revolution” – the absorption of the south and unifying the Korean peninsula on North Korean terms.

A nuclear war, even if limited, could cause civilian deaths in the millions – a horrendous feat already achieved under the leadership of Kim Il Sung and Kim Jong Il.

What is different under Kim Jong Un is that he has built the capacity to inflict much more carnage on the outside world, including the U.S.