Nine people, including three children, died and four others went missing after their house was swept away by a landslide. 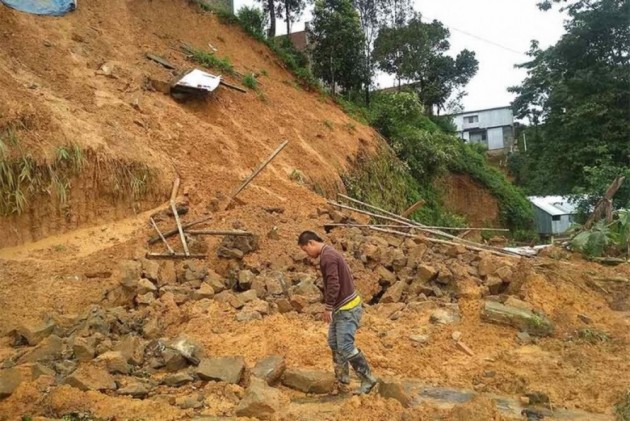 At least 12 people died and nine others went missing in separate incidents of landslides triggered by heavy rainfall in western and eastern Nepal on Thursday, officials said.

Heavy to moderate rainfall continued to lash Nepal since Tuesday. According to the meteorological department, the downpour will continue till Saturday.

Nine people, including three children died and four others went missing after their house was swept away by a landslide in Waling municipality of western Nepal, the officials said. In similar incidents in western Nepal, a 15-year-old girl died in Syangja district, while a man died in Palpa district. Another person died in Dhankuta municipality of eastern Nepal, they said. In Palpa, five persons went missing after being swept away by a landslide.

A joint team of Nepal Army and Nepal Police has been deployed to conduct the rescue operations.