The announcement only pertains to Saudi Arabia's efforts within its national borders, and does not impact its continued aggressive investment in oil and exporting its fossil fuels to Asia and other regions. 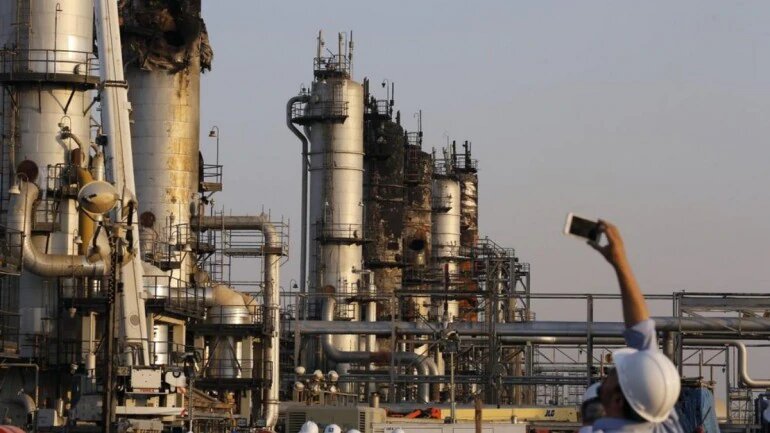 One of the world's largest oil producers, Saudi Arabia, announced on Saturday that it aims to accomplish “net zero” greenhouse gas emissions by the year of  2060, joining more than 100 countries in a global effort to try and curb anthropogenic climate change.

The announcement, made by Crown Prince Mohammed bin Salman in brief scripted remarks at the start of the kingdom's first-ever Saudi Green Initiative Forum, was timed to make a splash a little more than a week before the start of the global COP26 climate conference being held in Glasgow, Scotland.

Although the kingdom will aim to reduce its emissions, Prince Mohammed said the kingdom would do so through a so-called “Carbon Circular Economy” approach.

The announcement only pertains to Saudi Arabia's efforts within its national borders, and does not impact its continued aggressive investment in oil and exporting its fossil fuels to Asia and other regions.

“The transition to net zero carbon emissions will be delivered in a manner that preserves the kingdom's leading role in enhancing the security and stability of global energy markets, particularly considering the maturity and availability of technologies necessary to manage and reduce emissions,” a statement by the Saudi Green Initiative forum said.

The kingdom's oil and gas exports form the backbone of its economy, despite efforts to diversify away from reliance on fossil fuels for revenue.

The global summit COP26 starting Oct. 31 will draw heads of state from across the world to try and tackle global warming and its challenges. It is being described as “the world's last best chance ” to prevent global warming from reaching dangerous levels.

The summit is expected to see a flurry of new commitments from governments and businesses to reduce their emissions of greenhouse gases.

Leaked documents first reported by the BBC emerged Thursday showing how Saudi Arabia and other countries, including Australia, Brazil and Japan, are apparently trying to water down an upcoming UN science panel report on global warming.

The documents are purportedly evidence of the way in which some governments' public support for climate action is undermined by their efforts behind closed doors.

Saudi Arabia has pushed back against the recommendation that fossil fuels be urgently phased out of the energy sector.

Instead, the kingdom is touting, thus enabling nations to continue burning fossil fuels by sucking the resulting emissions out of the atmosphere, according to Greenpeace, which obtained the documents.

The kingdom repeatedly seeks to have the report's authors delete references to the need to phase out fossil fuels, as well as the panel's conclusion that there is a “need for urgent and accelerated mitigation actions at all scales”, according to the leaked documents.

Earlier this month, the United Arab Emirates — another major Gulf Arab energy producer — announced it too would join the “net zero” club of nations with a target to reach net-zero emissions by 2050.

The UAE did not announce specifics on how it will reach this target, but said its Ministry of Climate Change and Environment would work with the energy, economy, industry, infrastructure, transport, waste, agriculture and other sectors on the government's strategies and policies to achieve net zero by 2050.

The UAE says it is home to three of the largest solar facilities in the world and is the first country in the Middle East to deploy nuclear power.