Police in eastern Sarawak state on Borneo island said the shootings occurred at a security post on an air force base in the state, and that they were still investigating the motive. 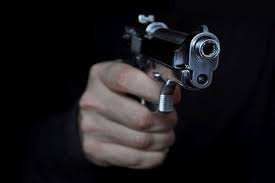 A Malaysian air force officer went on a shooting rampage Friday, killing three colleagues before turning the gun on himself, officials said.

Police in eastern Sarawak state on Borneo island said the shootings occurred at a security post on an air force base in the state, and that they were still investigating the motive.

Sarawak deputy police commissioner Mancha Anak Ata said an initial investigation showed the gunman had snatched firearms from the security post before going on a rampage.

He said one of the victims had tried to calm him down but was shot in the stomach. The gunman then entered the post and shot two officers, killing them on the spot, he said. Mancha said the gunman then put the gun to his chin and killed himself.

The officer who was shot in the stomach died of his injuries in a hospital, he said.

The national Bernama news agency quoted a district police official, Sudirman Kram, as saying that the gunman asked those at the post “whether they wanted to live or die.” Local media reported that he was under a coronavirus quarantine.

Malaysia has been under a lockdown since June 1 due to a worsening outbreak, with new daily cases exceeding 20,000. Total confirmed infections have risen above 1.3 million, with close to 12,000 deaths.